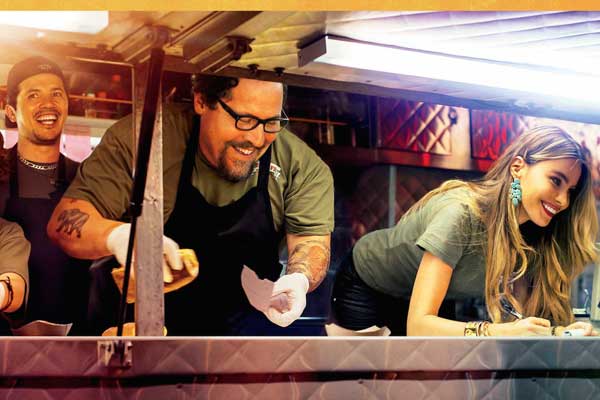 Jon Favreau calls upon his Avenger friends for his latest movie, CHEF. Chef reunites Robert Downey Jr. and Scarlett Johansson with their Iron Man director for a small film also starring Dustin Hoffman, Sofia Vergara and John Leguizamo. Take a look at the first movie poster for the comedy.

Director and actor Jon Favreau takes a break from big budget tentpole films (Iron Man 1,2, Cowboys & Aliens) to focus on a little film about the struggles of a chef. Favreau wrote the film and directs himself along with an impressive cast. Sofia Vergara plays his wife and judging from the trailer, Johansson may be his mistress (it pays off being the director and writer).

In CHEF, Favreau moves to Miami to start his own business as a chef, and he takes it on the road with his very own food truck,  teaming up with John Leguizamo and Sofia Vergara. Now that's one roach coach we'd buy food from. 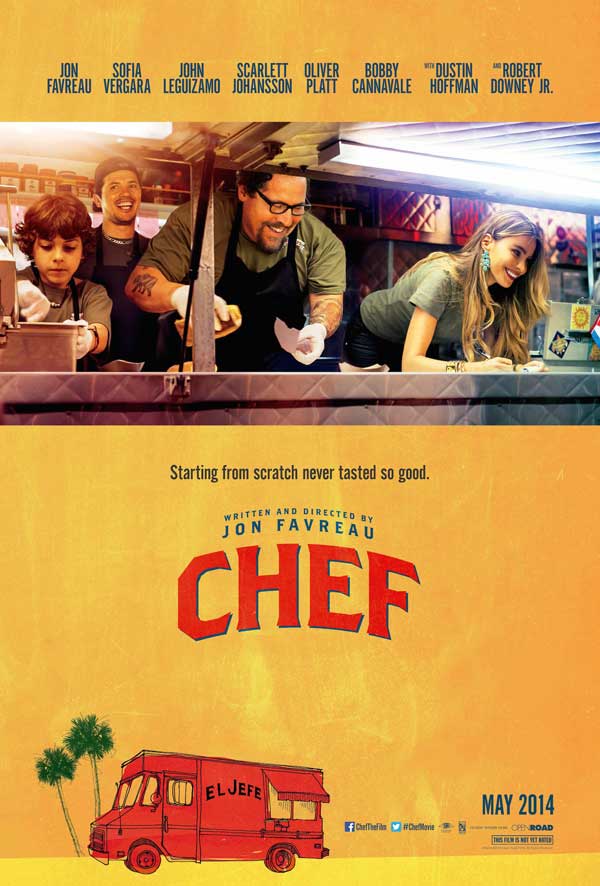