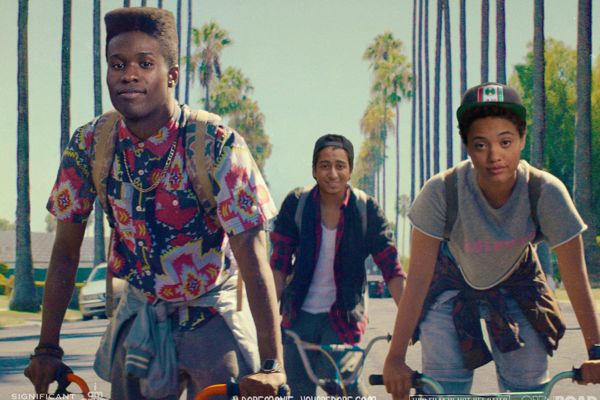 “It’s hard out there for a geek” is the motto of the new coming of age comedy/drama DOP starring Zoe Kravitz, Forest Whitaker who also produces along with executive produced by Pharrell Williams. Williams debuted the new official DOP movie poster on his Instagram this week.

A critical hit and audience favorite out of the Sundance Film Festival, in DOPE, Malcolm (Shameik Moore) is carefully surviving life in a tough neighborhood in Los Angeles while juggling college applications, academic interviews, and the SAT. A chance invitation to an underground party leads him into an adventure that could allow him to go from being a geek, to being dope, to ultimately being himself.   The Grand Budapest Hotel’s Tony Revolori is one of the young actors in DOPE. 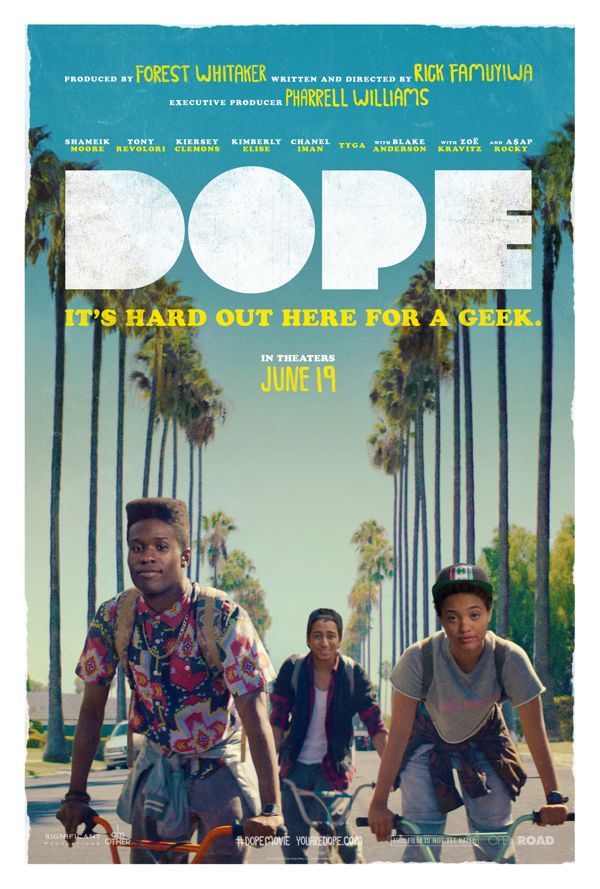