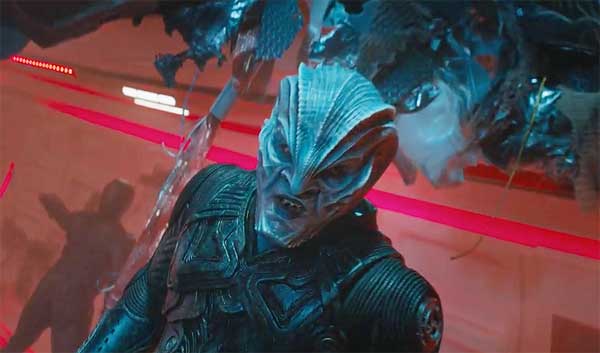 Is that Idris Elba under all that heavy prosthetics for his villainous role in STAR TREK BEYOND? The first trailer for the third film in the rebooted STAR TREK has arrived, and it introduces us to two new characters. The Fast & Furious director Justin Lin is at the helm, and the action is definitely pumped up in this first preview.

STAR TREK BEYOND, the third film in the rebooted STAR TREK franchise, is getting a worldwide release in IMAX® theaters beginning July 22, 2016.