The Slamdance horror comedy sensation GHOST TEAM ONE will be getting a limited theatrical release with VOD and digital release on October 11. Take a look at the movie poster and trailer for the indie Latino horror send-up.

GHOST TEAM ONE stars the face of Metro PCS Carlos Santos (host of MTV Tr3s’ “Mi TRL), J.R. Villarreal (“Akeelah and the Bee”), Tony Cavalero (“Son of a Pitch”) and Fernanda Romero (“RPM Miami”). The film was the official selection at the 2013 Slamdance Film Festival and garnered lots of buzz for it's being "offensive" yet hilarious. GHOST TEAM ONE follows two friends who are both trying to impress a girl who believes the spirit of a vengeful madam is haunting their home.  They set out to make a documentary about a murder that took place in their house decades ago and, much to their surprise, soon capture some terrifying—and uproarious—supernatural activity that leads them to believe that the ghost is not only real…she’s also into them. 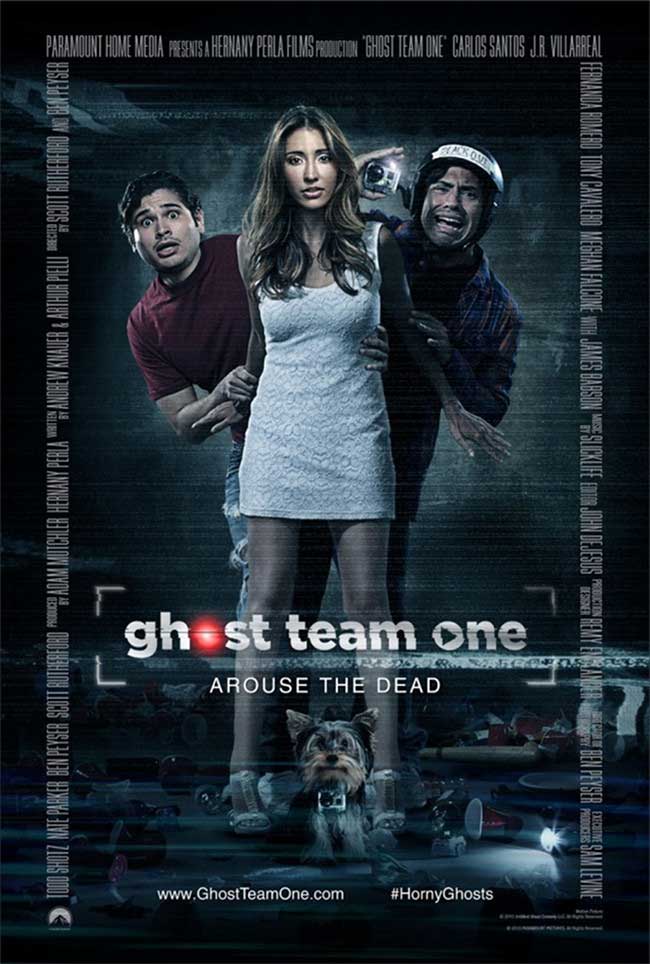