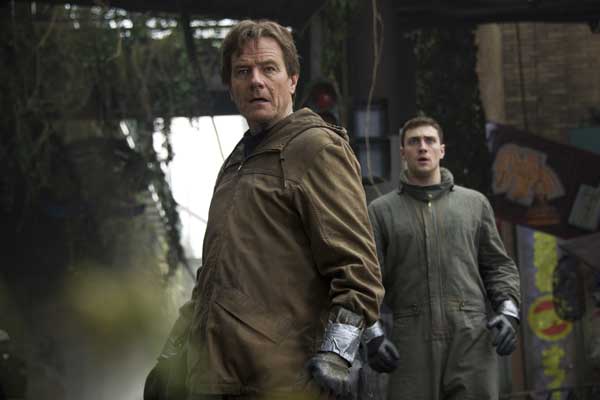 The anticipation is killing us even more after watching this extended look at the GODZILLA trailer and the extra footage seen in the newly released tv spots. Watch all three videos.

The extended trailer gives us a little more information about the characters. Bryan Cranston loses his wife (Juliette Binoche) in a disaster at a plant and he has to explain to their son Aaron Taylor-Johnson why he couldn't save his mother. Then we see a tsunami which gives you the chills because of it's familiarity to the real one that happened a few years back. Once you see the Godzilla's thick skin, they're in trouble.

You also see a Muto monster attacking the subway which looks a bit like the Alien teeth. Of course we are disappointed it's not Rodan but maybe they're saving him for another movie because that would be an epic showdown.

To view more bits and pieces, watch the three tv spots released this past week.