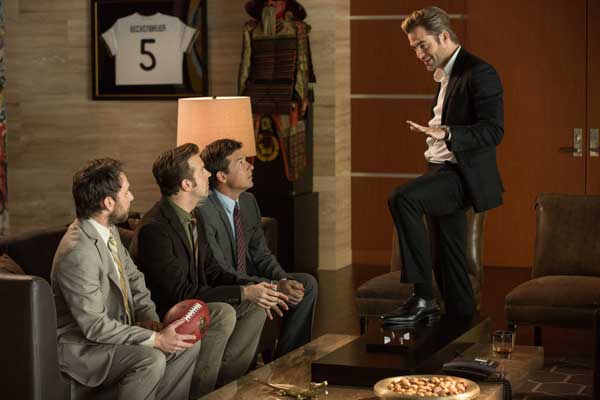 On November 26, Jason Bateman, Charlie Day and Jason Sudeikis return to battle more horrible bosses in the follow-up to the hit comedy. A new movie poster and trailer for HORRIBLE BOSSES 2 titled “Ransom Note’ have been released for your viewing pleasure.

Jennifer Aniston and Kevin Spacey return for more bad behavior in the new trailer along with new horrible people Chris Pine and Christoph Waltz. This time the guys are hoping to get rich by asking for ransom for Chris Pine’s character. 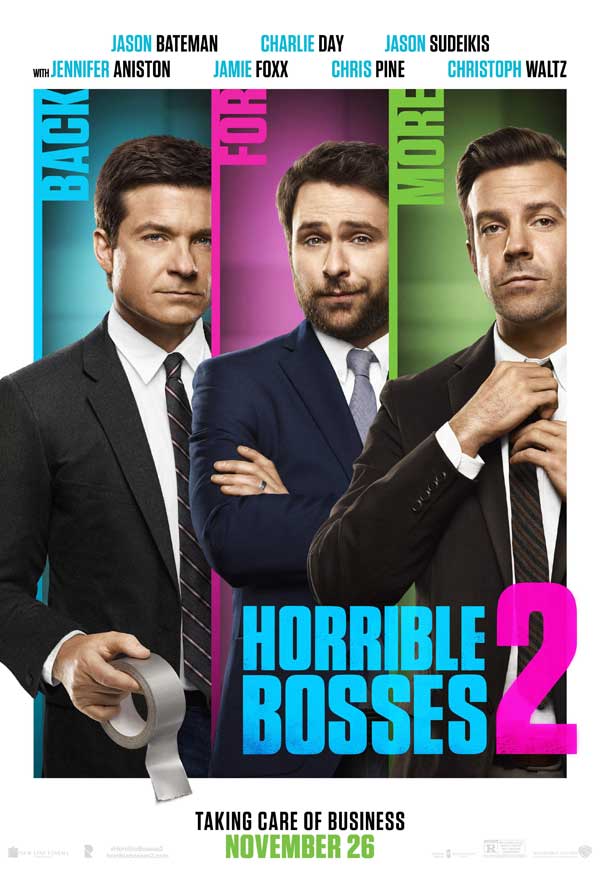 Fed up with answering to higher-ups, Nick (Bateman), Dale (Day) and Kurt (Sudeikis) decide to become their own bosses by launching their own business in “Horrible Bosses 2.” But a slick investor soon pulls the rug out from under them. Outplayed and desperate, and with no legal recourse, the three would-be entrepreneurs hatch a misguided plan to kidnap the investor’s adult son and ransom him to regain control of their company.