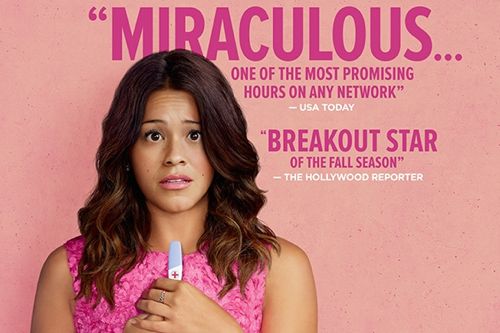 Gina Rodriguez is being hailed as the next big thing in Hollywood with her new network show, JANE THE VIRGIN which premieres this fall along with Mexican star Jaime Camil. A new funny poster for the CW show has been released.

Gina Rodriguez stars as 23-year-old Jane in JANE THE VIRGIN, a new show based the telenovela Juana La Virgen in which she plays a woman accidentally inseminated at the doctor’s office. The show premieres Monday, October 13 at 9pm and the rave reviews are already coming in. Some of the quotes are included in the new show poster.  Watch a clip from JANE THE VIRGIN. 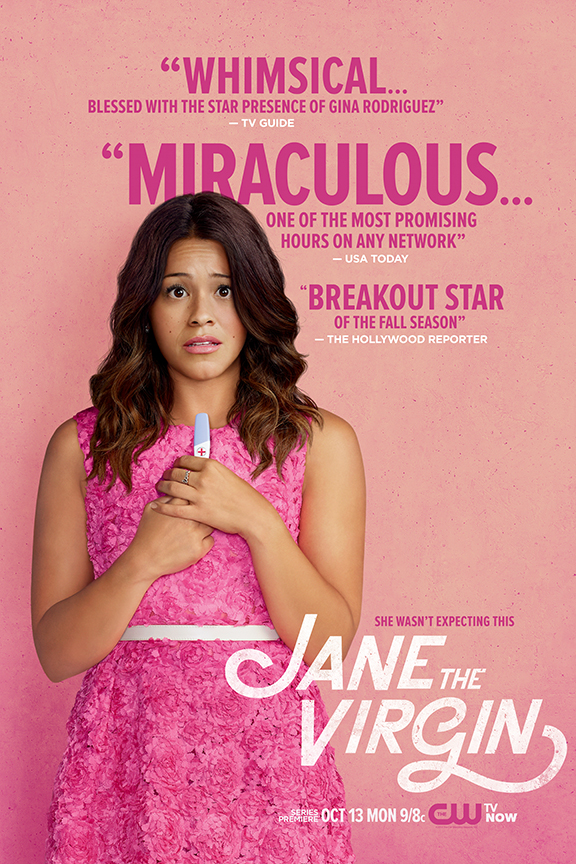 JANE THE VIRGIN Official Synopsis:
Based on the telenovela Juana La Virgen, "Jane the Virgin" follows 23-year-old Jane Villanueva (played by Gina Rodriguez). When Jane Villanueva was a young girl, her grandmother, Alba, convinced her of two things: telenovelas are the highest form of entertainment, and women must protect their virginity at all costs. Jane is a driven young woman studying to become a teacher, nursing a dream to be a writer, and supporting herself with a job at a hot new Miami hotel. She has a wonderful fiancé — a handsome, hard-working detective named Michael — who loves her enough to accept her detailed timeline for their future together and even her insistence on “saving herself” until they’re married. But Jane’s world is suddenly turned upside down when she goes to see her doctor for a routine check-up and is accidentally artificially inseminated with a specimen meant for the patient in the next room.