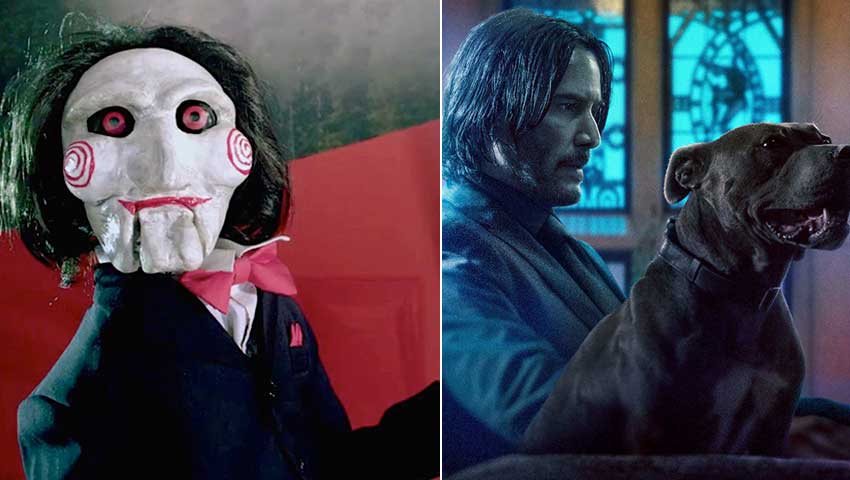 Due to movie theater closures amid the COVID-19 pandemic, Lionsgate has moved its biggest franchise movies back a year. Fans will have a longer wait time for Keanu Reeves' JOHN WICK 4 as the studio pushed it back to May 27, 2022 while the sequel to THE HITMAN'S BODYGUARD, THE HITMAN'S WIFE'S BODYGUARD was removed from a fall release to 2021. A SAW reboot, SPIRAL was also delayed.  See the new dates below.

The Jordan Peele's horror thriller, ANTEBELLUM will be Lionsgate's first movie this summer hitting theaters August 21. Audiences may not be feeling safe yet in four months so everyone is flying blind right now. Their next release won't occur until October 30 for the Deon Taylor thriller FATALE (Hilary Swank, Michael Ealy, Mike Colter) which initially was slated for this June.  Neil Burger’s sci-fi VOYAGERS starring Tye Sheridan and Colin Farrell will be their finale 2020 movie on November 25.

Not included in Lionsgate announcement photo are two titles that will retain their original dates. Nicolas Cage's THE UNBEARABLE WEIGHT OF MASSIVE TALENT will be out March 19, 2021 and CHAOS WALKING (Tom Holland, Daisy Ridley, Mads Mikkelsen, Demián Bichir, Kurt Sutter, Nick Jonas, Cynthia Erivo and David Oyelowo) will start out the year on January 22. 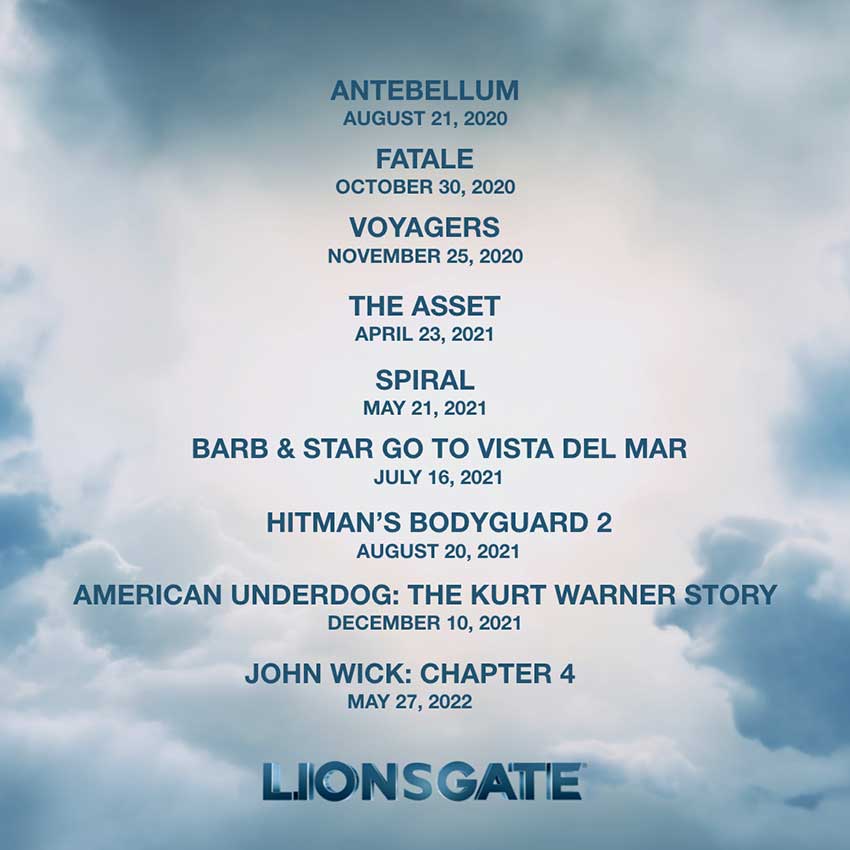