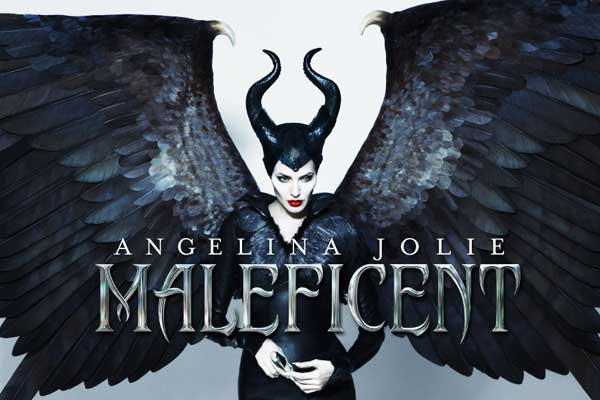 Angelina Jolie sprouts some wings as the villainous Maleficent in the new movie banner and teaser for the Disney film.

Turns out Maleficent had wings at one point, and in the new preview we learn that somebody stole her wings which may explain why she's so bent on getting the young Princess Aurora. Her wing span is magnificent and the new revelation makes the film even more interesting. Disney released a tease of the new full length trailer with the backstory to Maleficent being stripe of her cool-looking wings.