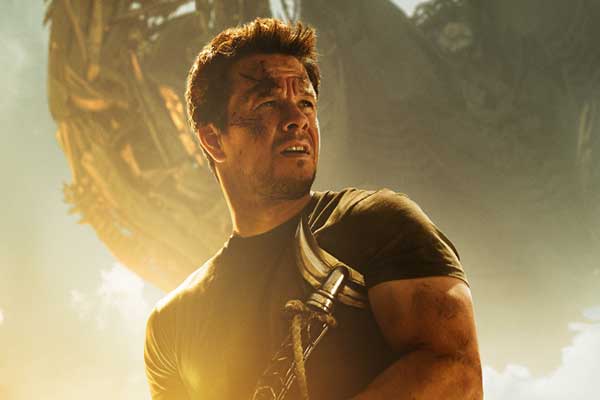 Mark Wahlberg is all muscle in the new movie poster for TRANSFORMERS: AGE OF EXTINCTON while holding an alien-looking weapon.  Besides Marky Mark's muscles, the movie poster tagline has us intrigued as well.

Michael Bay's fourth outing in the Transformers franchise promises to revive the franchise with a new cast and introducing pet transformers with the DinoBots. So far the previous trailers look like much of the same; explosions, running from the alien robots, rescuing a defenseless good-looking woman and that annoying slow-motion camera movement, but the new poster featuring Mark Wahlberg has brought some intrigue to the TRANSFORMERS: AGE OF EXTINCTON. The trailer released during the Super Bowl finally gave us a glimpse of the DinoBots, which caused excitement.

The new TRANSFORMERS: AGE OF EXTINCTON movie poster features the new star wielding a foreign weapon which could be alien in nature, but is it futuristic technology made by the transformers or the government? Another interesting thing about the new one-sheet is the tagline. "The Rules Have Changed" means exactly what? Are the Autobots no longer the human's ally? The plot has yet to be revealed, but we hope to find out more when a new trailer for the movie premieres Tuesday on Entertainment Tonight (see tease below). 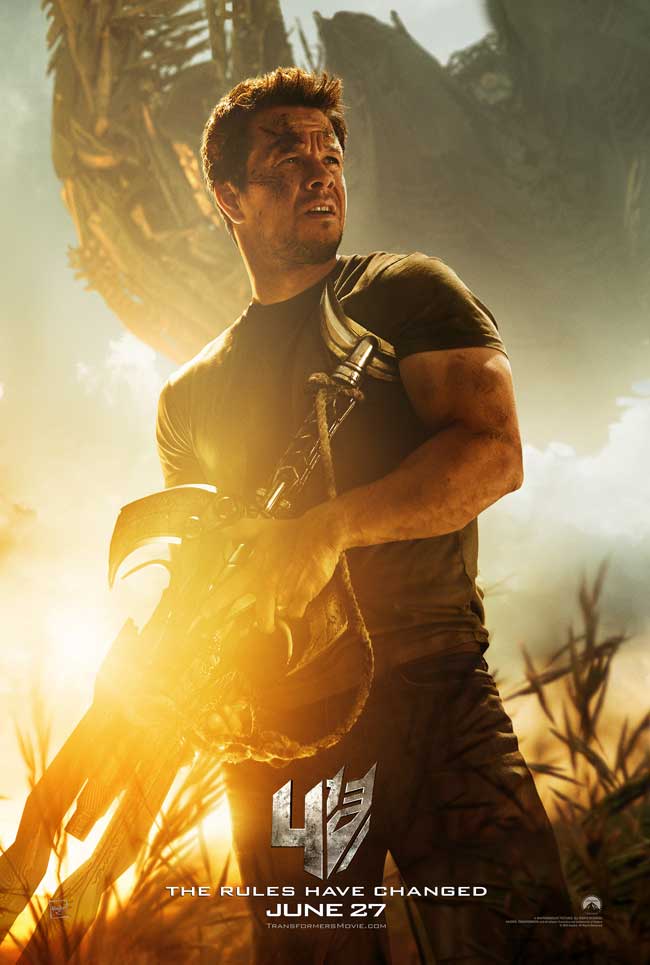