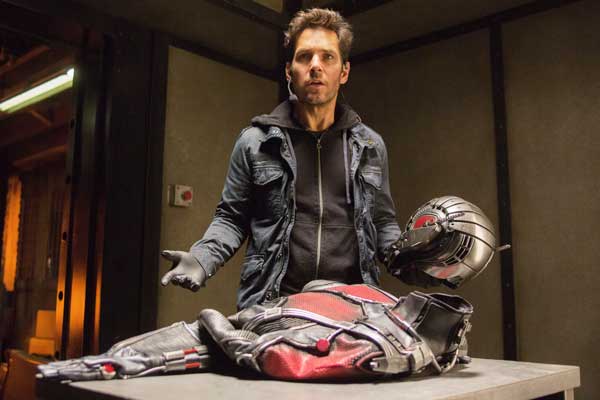 Ant-Man is sharing the spotlight with his co-stars on the new Ant-Man movie poster for Marvel. Michael Douglas, Evangeline Lilly, Michael Peña, Bobby Cannavale and Corey Stoll are featured on the one-sheet as well as Paul Rudd in and out of costume. 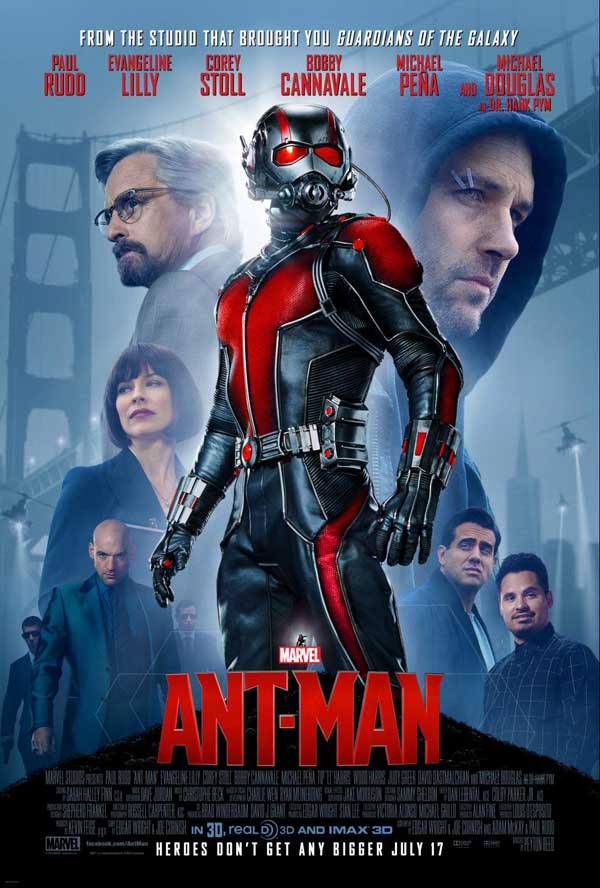