Matt Damon in THE MARTIAN New Movie Poster and Trailer 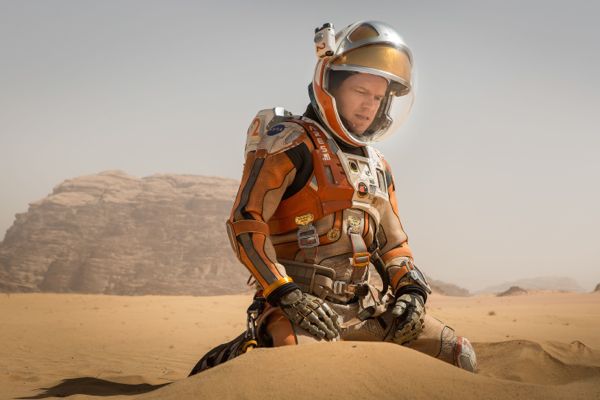 Matt Damon is stranded in space once again in Ridley Scott's THE MARTIAN, an adaptation of the self-published book by Andy Weir. Damon's Interstellar co-star, Jessica Chastain is also part of the cast, which has led to many jokes about THE MARTIAN being a sequel to the Christopher Nolan movie. The new preview is far from being anything like the 2014 movie. Watch the intense trailer. 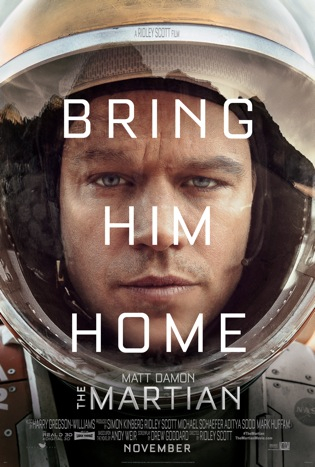 THE MARTIAN boasts a great cast in addition to Chastain and Damon with Michael Peña, Kristin Wiig, Kate Mara (Fantastic Four, House of Cards), Sebastian Stan (Captain America), Jeff Daniels, Sean Bean ("Game of Thrones") and Chiwetel Ejiofor rounding out the cast. Openinig November 25, Damon is astronaut Mark Watney who is presumed dead after a failed mission to Mars, and is left for dead. But Watney has survived, but not for long in the hostile planet. He must frantically find a way to signal Earth and his crew about his rescue.