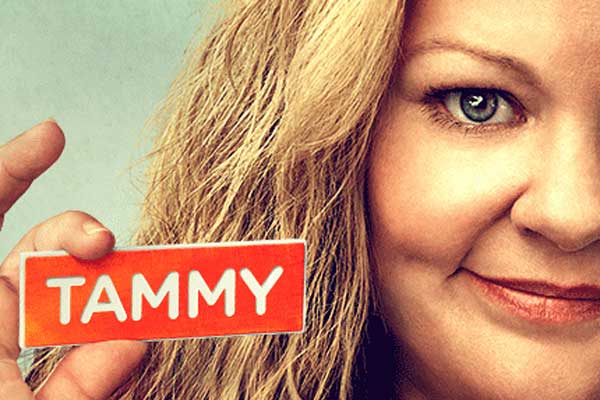 Looks like Shia LaBeouf isn't the only one wearing a bag over his head. Melissa McCarthy robs a burger joint wearing a fast food bag in the new preview for TAMMY.

Melissa McCarthy's husband Ben Falcone co-writes and directs his wife in the new comedy, TAMMY. The new trailer and movie banner are out, and this time McCarthy is teaming up with Susan Sarandon as her grandma.

Will Ferrell produces the film for Melissa McCarthy and her writer/actor/director husband.  Ben Falcone makes his directorial debut in the buddy comedy featuring McCarthy as a down on her luck woman who has lost her car, husband and job. Her only choice is to hang with grandma Susan Sarandon on her road trip to Niagara Falls, which may not be such a bad thing.