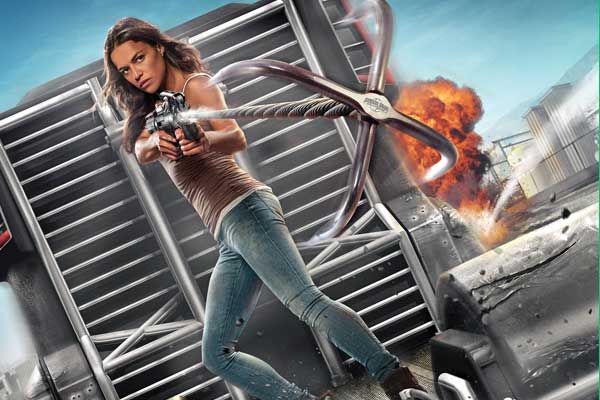 The “Fast & Furious—Supercharged,” ride at Universal Studios Hollywood opens June 25, and they are amping us up with action movie posters featuring some of the franchise’s stars. First Vin Diesel graced the first one-sheet, and now Michelle Rodriguez is getting into action on the one-sheet for the supercharged ride.

Universal Studios Hollywood SM continues its “Road to Fast” campaign with the debut of a Michelle Rodriguez (“ Letty Ortiz”) poster for its all-new thrill ride “Fast & Furious—Supercharged,” opening June 25 as the grand finale of the world-famous Studio Tour.
A lengthier, more detailed look at the making-of this revolutionary new attraction, featuring commentary from the cast, including Vin Diesel, Dwayne Johnson, Michelle Rodriguez, Tyrese Gibson and Luke Evans and the producers, can be seen here. Watch a behind the scenes of the making of the ride with cast interviews below.

“Fast & Furious—Supercharged” is a technologically advanced, epic ride that reunites stars from the Fast & Furious series in a groundbreaking mega-attraction d esigned to catapult guests into the high-stakes underground world of street racing at perceived speeds in excess of 120 miles per hour.  This high-octane ride is conceived as a new installment to the Fast & Furious franchise and will debut as the grand finale to Universal Studios Hollywood’s behind-the-scenes Studio Tour. 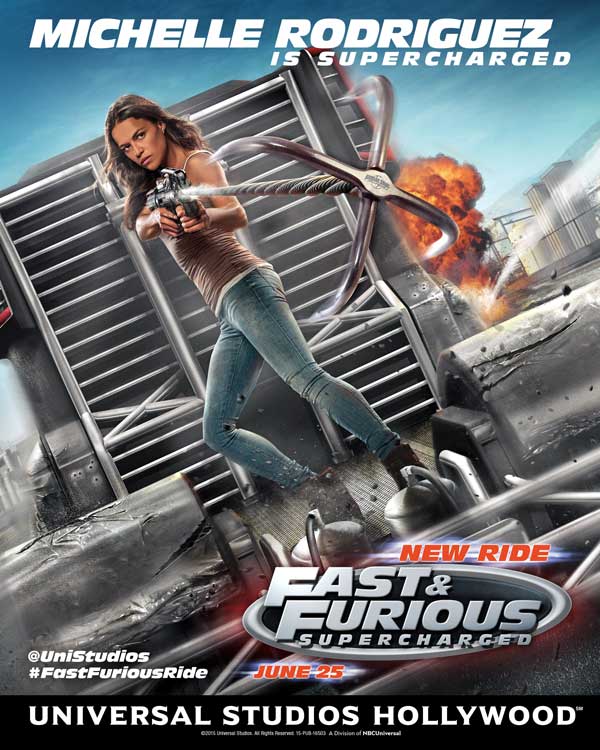 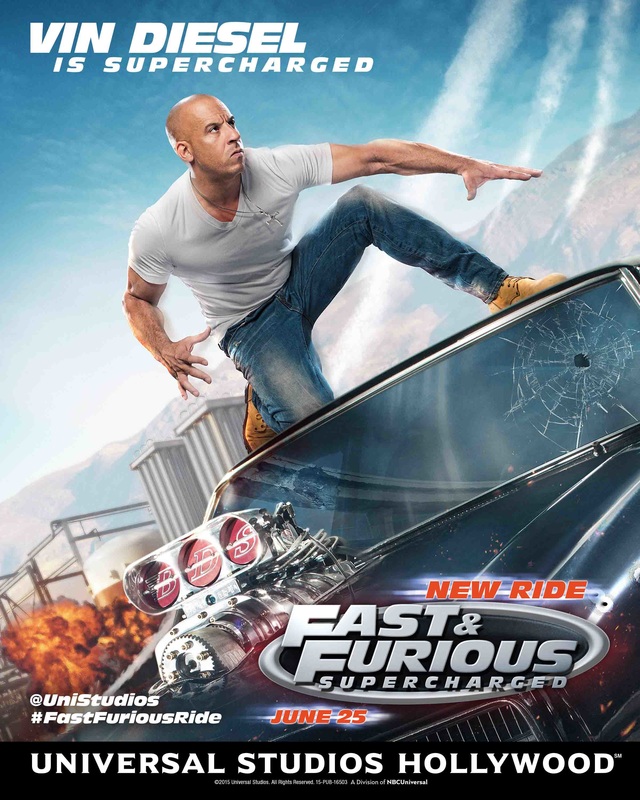