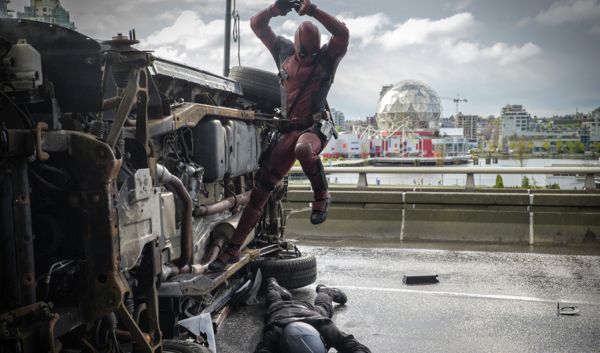 The new red-band trailer for DEADPOOL seems to be the same footage seen at July's Comic Con with perhaps some additional footage. Regardless, the new preview doesn't hold back on the foul language, and blood splatter. Sounds like every nerd boy's dream.

In the new DEADPOOL trailer, other characters are finally revealed including Morena Baccarin's "Vanessa Carlsylse," Gina Carano's "Angel Dust," Ed Skrein's "Ajax" and Brianna Hildebrand as "Elle Phimister/Negasonic Teenage Warhead. As expected there is a lot of crude humor, but Ryan Reynolds makes it all okay.

On Monday, a teaser trailer by Deadpool himself hilariously promoted the release of this new preview. We still have a long wait until February 12, 2016 when DEADPOOL opens.