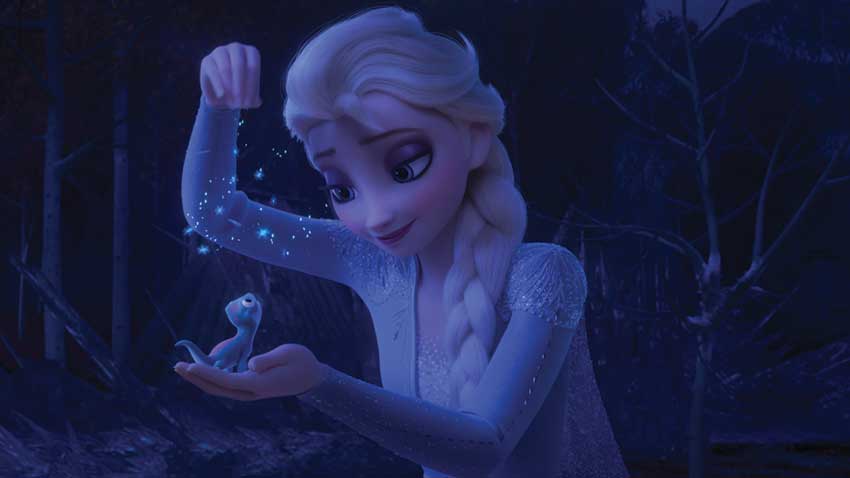 KING AGNARR – The son of King Runeard, King Agnarr is married to Queen Iduna, and is Anna and Elsa’s father. King Agnarr loves his family, and would do anything to ensure his daughters’ wellbeing and safety. Alfred Molina lends his voice to King Agnarr.

YELANA - The unspoken leader of the nomadic Northuldra. She is fiercely protective of her family and community but is known to soften when people show an understanding of nature and their environment. Martha Plimpton was called on to bring Yelana to life.

HONEYMAREN - A member of the Northuldra, Honeymaren is a true free spirit and wants nothing more than to bring peace to the enchanted forest. She is bold and brave, with a reverence for the magic of nature. Rachel Matthews provides the voice of Honeymaren.

RYDER - Eager and fun, Honeymaren's brother Ryder embraces life with optimism. Ryder's love of reindeer might just rival Kristoff's - but unlike Kristoff, Ryder has never roamed the great plains outside of the Enchanted Forest. He longs to embrace the world and venture beyond the magical mist. Jason Ritter lends his voice to Ryder.

BRUNI - Curious and cute, this salamander inhabits the Enchanted Forest. Though shy at first, Bruni can't help but be drawn to Elsa's icy magic and enjoys the cool snowflake treats she creates.