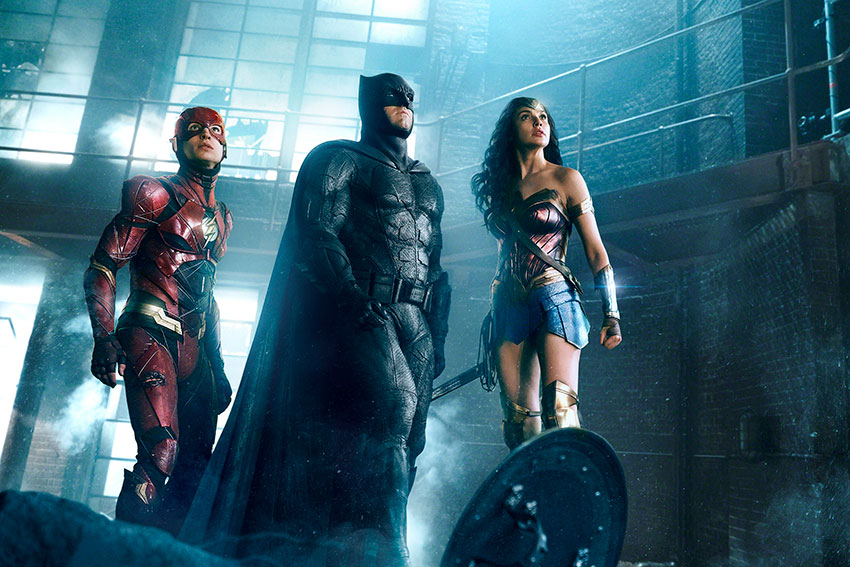 The new JUSTICE LEAGUE trailer is here, and it looks awesome. Zack Snyder released the new preview on his Twitter Saturday morning. In the new trailer, the new threat is revealed, and we know from Ben Affleck's Bruce Wayne that they are from "far away" and they have an army of flying cyborg-looking creatures. Is the villain Darkseid. What else does the new trailer tell us? Watch the new preview that rocks to the White Stripes' “Icky Thump” and a cover of my favorite Beatles' song,"Come Together."

The JUSTICE LEAGUE super team come together to fight a foreign enemy. Batman (Affleck), Wonder Woman (Gal Gadot), Aquaman (Jason Momoa), Cyborg (Victor Fisher) and the Flash (Ezra Miller) join Bruce Wayne's team to fight what looks to be the flying creatures known as the Parademons from BATMAN V SUPERMAN: DAWN OF JUSTICE, and another figure. Who do these minions belong to? The cyborg-looking villain without wings could be Darkseid. The internet rumors suggested the DC villain may be the one the super friends fight against.

In this JUSTICE LEAGUE trailer, we see Amber Heard as Mera (Aquaman's wife), J.K. Simmons as an older Commissioner Gordon, Billy Crudup as the Flash/Barry Allen's jailed father. And in case you blinked, it looks like Wonder Woman's Amazon sisters will be joining the fray.