New Movie Poster and Trailer: Did You Spot Will Smith and Tommy Lee Jones' Cameo in Men In Black International Trailer? 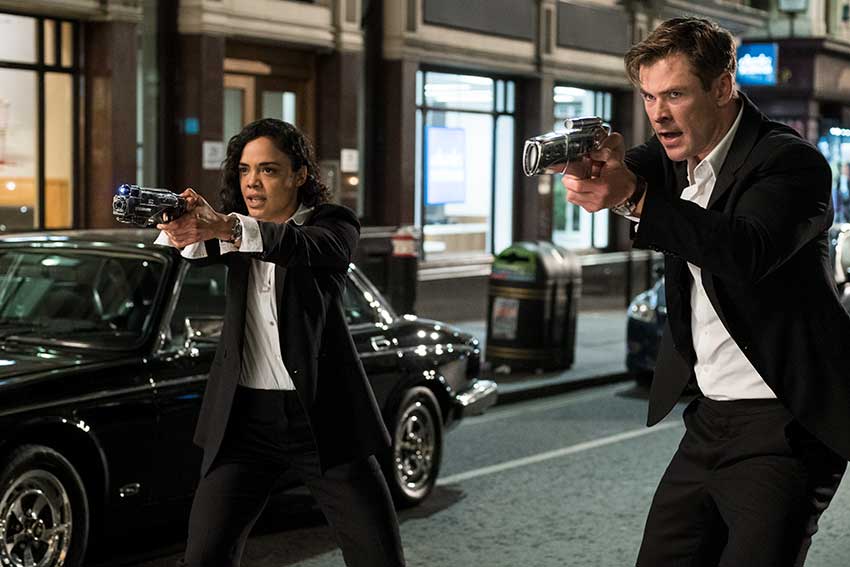 Tessa Thompson and Chris Hemsworth are crime fighting of the alien kind in the new trailer and poster for MEN IN BLACK: INTERNATIONAL. The actors who had great chemistry as Thor and Valkyrie in THOR: RAGNAROK team up again as Men in Black agents. In the newly released trailer, we meet them and some of the aliens they'll be fighting. Their predecessors also have a bit of a cameo in the trailer, if you look closely - you'll spot a portrait of Will Smith's Agent J and Tommy Lee Jones' Agent K.

MEN IN BLACK: INTERNATIONAL also stars Liam Neeson but the trailer suggest he'll have a smaller role in the reboot of the MEN IN BLACK franchise. Emma Thompson reprises her role as Agent O from MEN IN BLACK 3.

The Men in Black have always protected the Earth from the scum of the universe. In this new adventure, they tackle their biggest, most global threat to date: a mole in the Men in Black organization.