Jeffrey Epstein's victims speak out in a new Netflix docuseries, "Jeffrey Epstein: Filthy Rich" launching May 27. The new series also tackles the justice system's cover up of his crimes. Watch the new trailer. 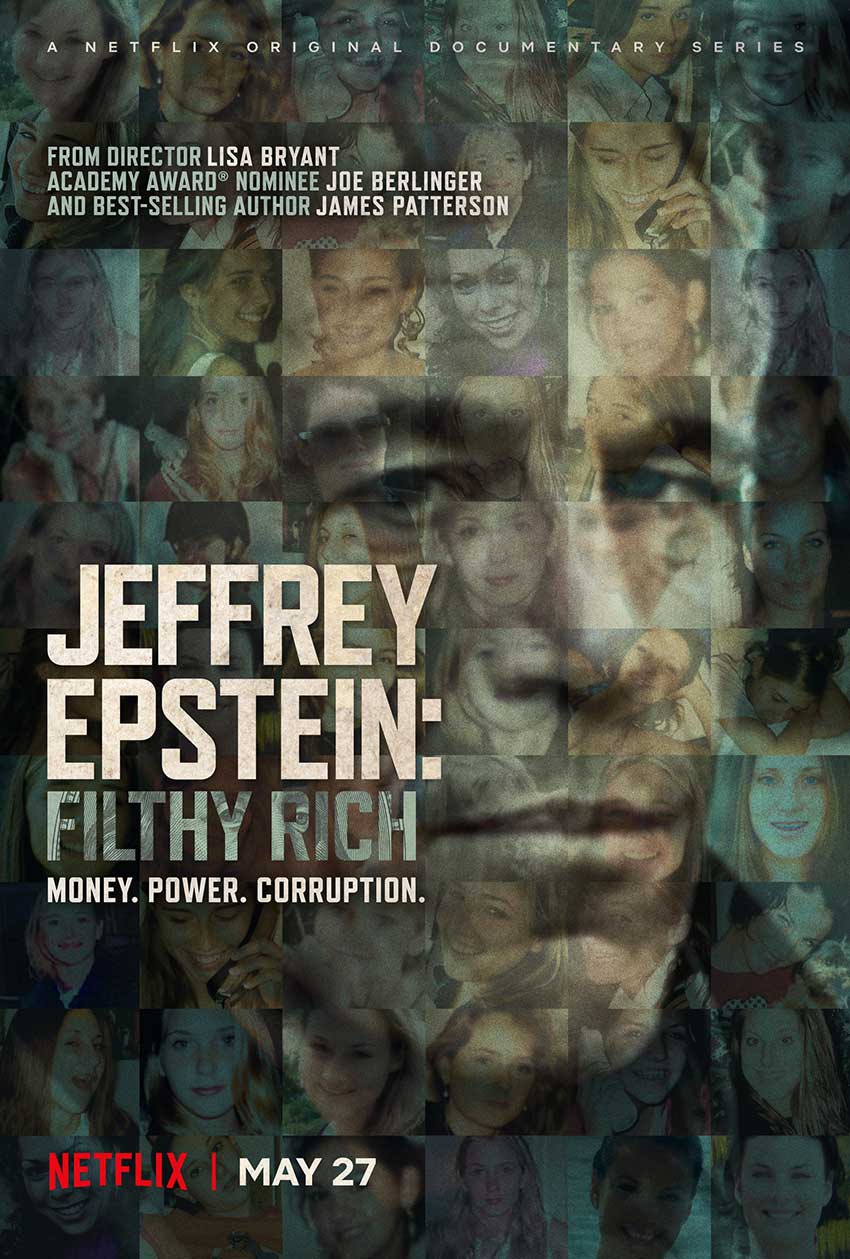 Leading up to his 2019 arrest, mysterious tycoon Jeffrey Epstein was accused of abusing women and underage girls for decades, assembling a network of enablers to help carry out and cover up his crimes. Epstein came from humble beginnings yet managed to lie and manipulate his way to the top of the financial world. He eventually gained tremendous wealth and power while running an international sex trafficking ring. The serial sex abuser made a secret plea deal with the government in 2008 avoiding a potential life sentence and continued to abuse women. With their frightening firsthand accounts, Epstein’s accusers are the leading voices in director Lisa Bryant’s four-part docuseries JEFFREY EPSTEIN: FILTHY RICH. By revealing their emotional scars, some for the very first time, the sisterhood of survivors intend to stop predators — and the American justice system — from silencing the next generation.

A RadicalMedia and James Patterson Entertainment production made in association with Third Eye Motion Picture Company, the series is executive produced by Joe Berlinger ("Conversations with a Killer: The Ted Bundy Tapes").