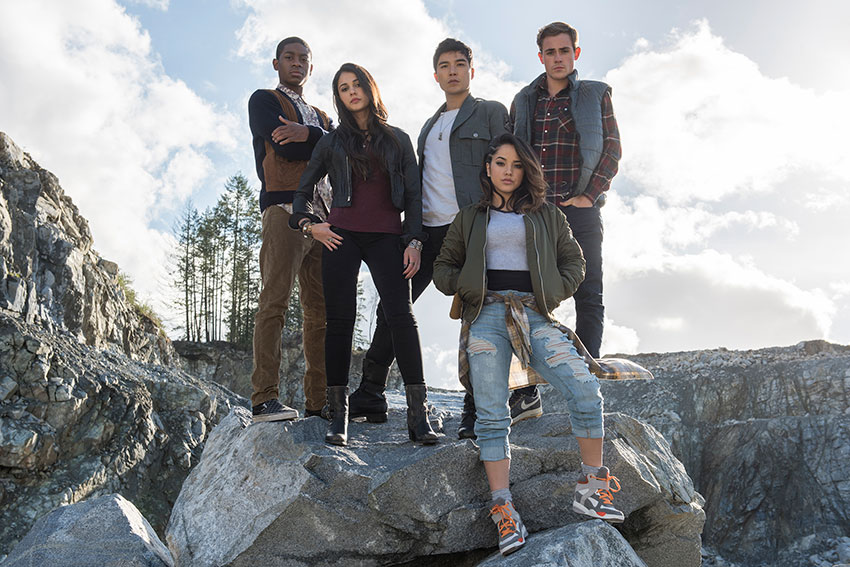 First look at the new and improved POWER RANGERS has arrived with a teaser trailer released at New York’s Comic Con. The Saban movie introduces the new rangers and reveals how the new kids on the block got their powers, but don’t expect to see them in their Power Ranger costumes in this teaser trailer yet.

SABAN'S POWER RANGERS footage reveals the new set of rangers, and we get our first introduction to Elizabeth Bank's villain Rita Repulsa who proclaims she's "killed Power Rangers before. That sets up the fact that new characters take over the roles and relives some of the pressure to live up to the original television series, which was never great to begin with.

SABAN’S POWER RANGERS follows five ordinary teens who must become something extraordinary when they learn that their small town of Angel Grove — and the world — is on the verge of being obliterated by an alien threat. Chosen by destiny, our heroes quickly discover they are the only ones who can save the planet. But to do so, they will have to overcome their real-life issues and before it’s too late, band together as the Power Rangers.