"How To Get Away With Murder" star Karla Souza returns to her roots with a new Spanish Amazon Prime Video series based on the scandal in the sports world with FIFA gate. Watch the new trailer for "El Presidente" and check out the new poster below.

"El Presidente" tells the story of the scandalous 2015 corruption case, the “FIFA Gate,” that shocked the world of sports. "El Presidente" stars Karla Souza, Paulina Gaitán and, Andrés Parra, directed by Argentine Academy Award-winning director and screenwriter Armando Bó. The series will premiere globally on June 5 only on Prime Video.

Sergio Jadue, a lowly director of a small-town soccer club in Chile, unexpectedly finds himself at the head of the Chilean soccer association. Drunk with power, he becomes the protégée of soccer godfather Julio Grondona, as well as the FBI’s key to undoing the largest corruption scheme in the world of soccer. 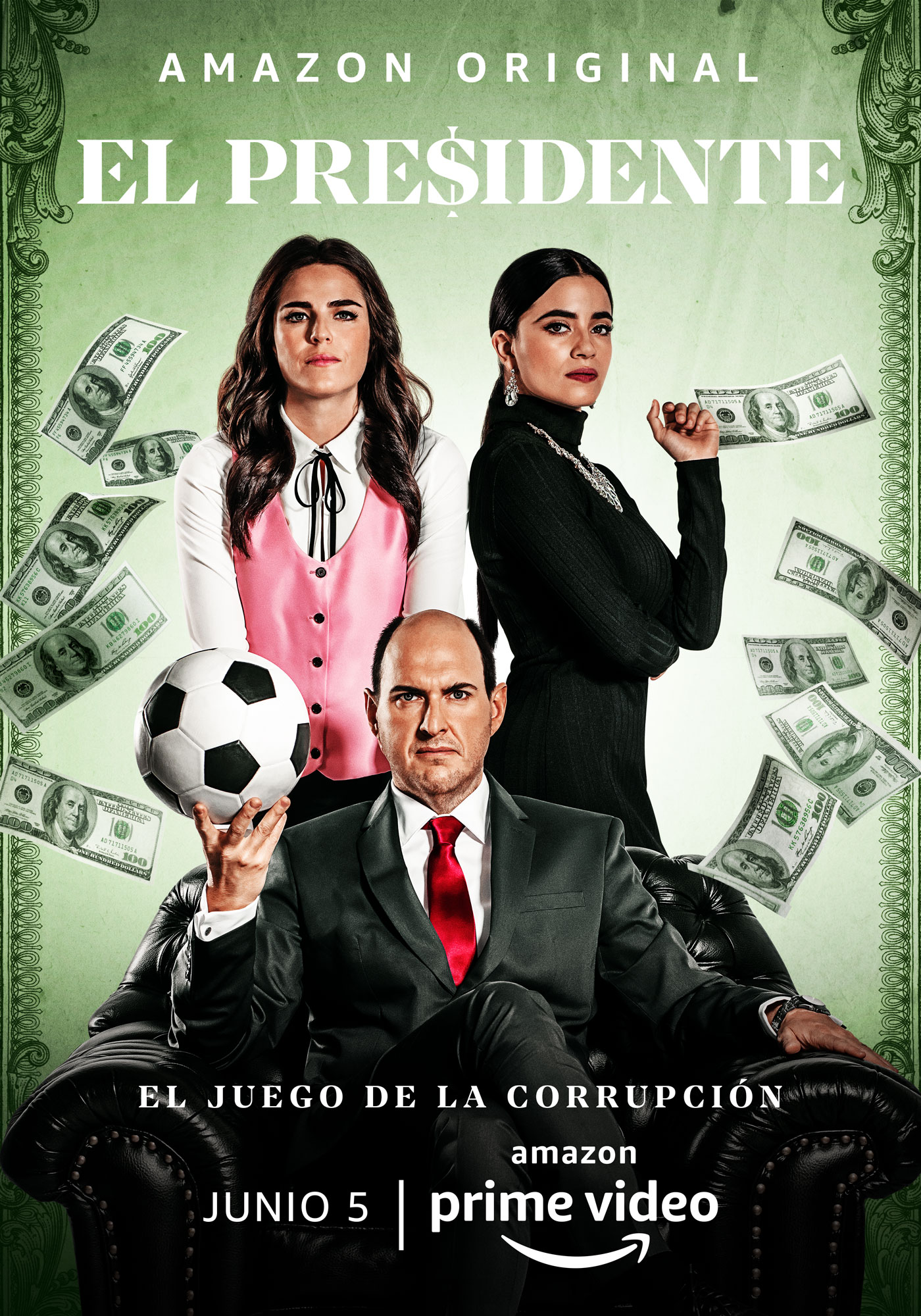 Long Synopsis:
Against all odds, Sergio Jadue is elected president of Chile’s soccer association, as a front for the group of businessmen who are actually running things. When he takes over this position, he finds he has everything he always dreamed of: recognition, a higher social standing, and all the money he lacked during his rough childhood in La Calera, his hometown. Overcome with ambition, the president can no longer be controlled by those who put him in power. He explores the limits of his authority, from Santiago, Chile, to Luque, Paraguay, the capital of South American soccer and headquarters for the cartel that has controlled the business for almost half a century. This web of corruption was devised by an Argentinean man called Julio Grondona, godfather and monarch of South American soccer and its related businesses. Now in his golden years, “Don Julio” takes the young Jadue under his wing, which will set him against his long-standing nemesis, a Colombian man named Luis Bedoya. However, as Don Julio often says, “Everything passes, and everything arrives as well.” The FBI doesn’t miss a single one of Jadue’s steps, nor of the rest of the CONMEBOL presidents’. Cornered by the FBI, the Chilean man is left with no other option but to accept being the organization’s mole inside the CONMEBOL in exchange for becoming a protected witness. Once he becomes the FBI’s “rat”, unbeknown to his family, his country, and Grondona himself, Jadue will bring down each one of the South American soccer administrators, with the objective of becoming the mafia’s new capo. But the FBI seems to have different plans for him.