New Zootopia Trailer: Sloth's Run DMV and It's A Hoot 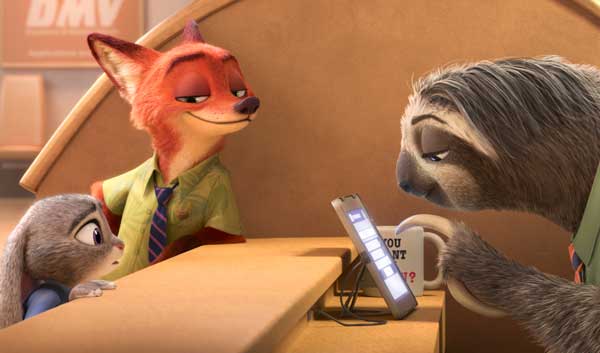 Watch the hilarious new trailer for Disney's ZOOTOPIA in which the two main characters voiced by Ginnifer Goodwin and Jason Bateman are in a rush to get information at the Department of Motor Vehicles, but unfortunately sloths man the DMV desks.  DMV employees might just get a liitle annoyed by the representation, but we all know the DMV is the most dreaded government agency because of the long wait times. Now we know why.