Remaking POINT BREAK sounded like a bad idea, but after watching the new trailer starring Edgar Ramirez and Luke Bracey the film may be worth watching just for the outrageous stunts that involves much more than surfing. 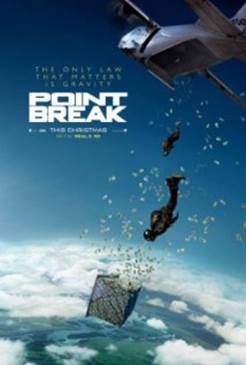 As with the original 1991 hit starring Patrick Swayze and Keanu Reeves, a young FBI agent (Bracey) infiltrates the world of extreme sports to uncover a group pulling off heists, not for personal gain, but against corporate America.