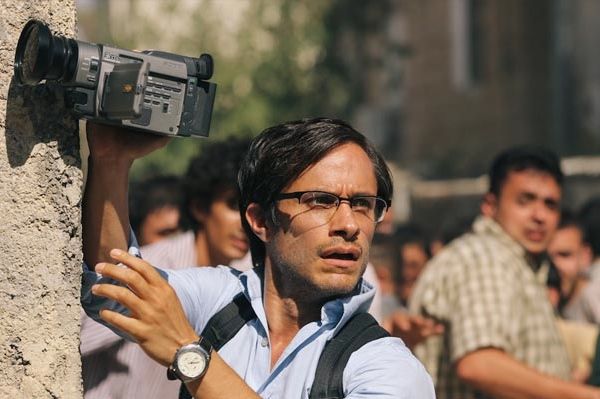 The first look at Jon Stewart’s directorial debut has arrived with Gael Garcia Bernal starring in ROSEWATER. Inspired by a true story which Jon Stewart became part of with his Comedy Central show, “The Daily Show,” the trailer certainly has similarities to another political thriller -Ben Affleck’s “Argo.”

Opening November 7th in movie theaters, the movie trailer is accompanied by a new movie poster. Gael Garcia Bernal stars as journalist Mazier Bahari, A Tehran-born Canadian citizen arrested in Iran and accused of being a spy. Watch trailer below. 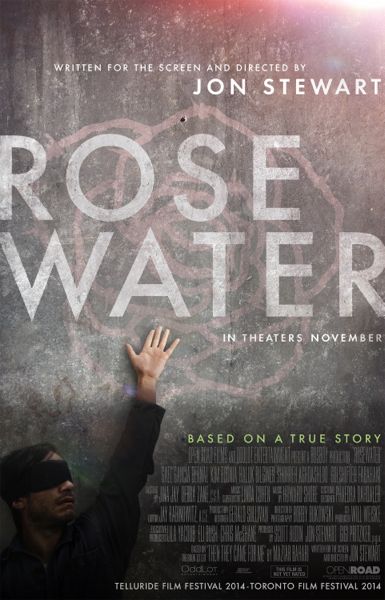 In June 2009, Bahari returned to Iran to interview Mir-Hossein Mousavi, who was the prime challenger to controversial incumbent president Mahmoud Ahmadinejad. As Moussavi’s supporters rose up to protest Ahmadinejad’s victory declaration hours before the polls closed on election day, Bahari endured great personal risk by submitting camera footage of the unfolding street riots to the BBC. Bahari was soon arrested by Revolutionary Guard police, led by a man identifying himself only as “Rosewater,” who proceeded to torture and interrogate the journalist over the next 118 days.

In October 2009, with Bahari’s wife leading an international campaign from London to have her husband freed, and Western media outlets including “The Daily Show with Jon Stewart” continuing to keep the story alive, Iranian authorities released Bahari on $300,000 bail and the promise he would act as a spy for the government.

Rosewater has a direct connection to Stewart, who since taking over as host of Comedy Central’s “The Daily Show” in 1999, has turned the nightly half-hour satirical look at newsmakers and news-coverers into not only a perennial Emmy-winning juggernaut, but also an important touchstone on the zeitgeist. Stewart and “The Daily Show” covered Bahari’s saga nightly and had the journalist appear on the show to talk about his ordeal once he was released from prison.