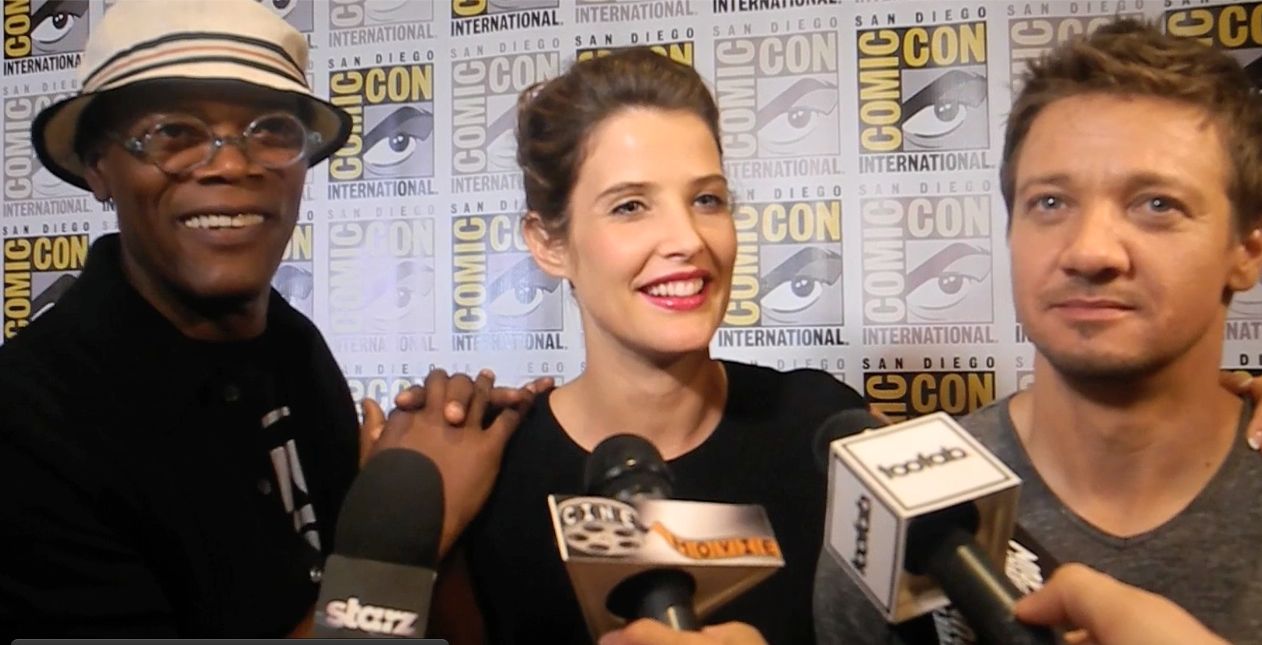 The AVENGERS: AGE OF ULTRON stars joke about where their characters find themselves in the sequel to Marvel's  "The Avengers" while promoting the 2015 film at Comic Con. Jeremy Renner jokes that since Nick Fury is unemployed after dismanling S.H.I.E.L.D., we find Fury (Jackson) running a taco stand. And don't tell Samuel L. Jackson that Captain America took down S.H.I.E.L.D. He'll set you straight like he did one reporter.