Scooby-Doo, one of my favorite cartoons as a child, is getting an animated reboot in SCOOB! Warner Bros. has released a new trailer, and some of the lead characters don't look quite like themselves, and a bigger surprise is other Hanna-Barbera characters are in the movie.

While Scooby-Doo and Fred look similar, Velma, Daphne and Fred have gotten a 2.0 makeover. Frank Welker, the original voice of the talking dog, returns as Scooby while Shaggy is voiced by Will Forte (BOOKSMART, TV’s “The Last Man on Earth”). Gina Rodriguez plays the smart one, Velma while Daphne will be voiced by Amanda Seyfried and Fred by Zac Efron.

The new preview also revealed the villain will be the classic character from other Hanna-Barbera tv shows, Dick Dastardly. Sure hope they bring back his side kick Muttley and his mischievous, wheezing laughter. There is a cyber dog in the new trailer, but it's not clear whether Muttley has been updated as well.

While it's not in the new preview, the synopsis reveals Captain Caveman, another childhood favorite, will join the fun with Tracy Morgan voicing the iconic character. Looks like fans will be getting two movies in one with an origins story mixed in with a new mystery in the current time frame.

While it's weird watching an updated animated look to the classic tv show, the new trailer certainly has peaked our interest in this nostaglic twist to the story. 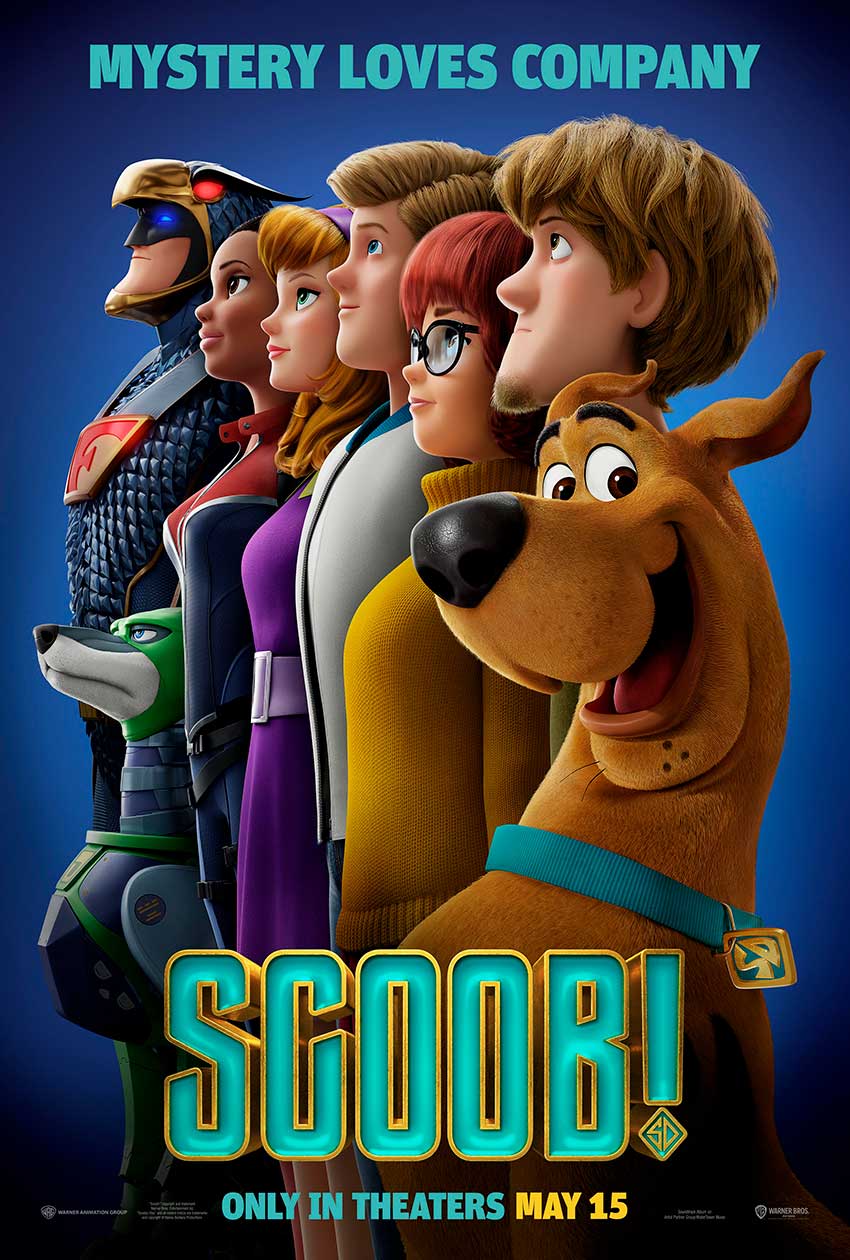 The first full-length animated Scooby-Doo adventure for the big screen is the never-before told stories of Scooby-Doo’s origins and the greatest mystery in the career of Mystery Inc.

“SCOOB!” reveals how lifelong friends Scooby and Shaggy first met and how they joined with young detectives Fred, Velma and Daphne to form the famous Mystery Inc. Now, with hundreds of cases solved and adventures shared, Scooby and the gang face their biggest, most challenging mystery ever: a plot to unleash the ghost dog Cerberus upon the world. As they race to stop this global “dogpocalypse,” the gang discovers that Scooby has a secret legacy and an epic destiny greater than anyone imagined.

“SCOOB!” is directed by Tony Cervone, Annie Award nominee for the feature “Space Jam” and two-time Emmy nominee for his work on “Duck Dodgers.