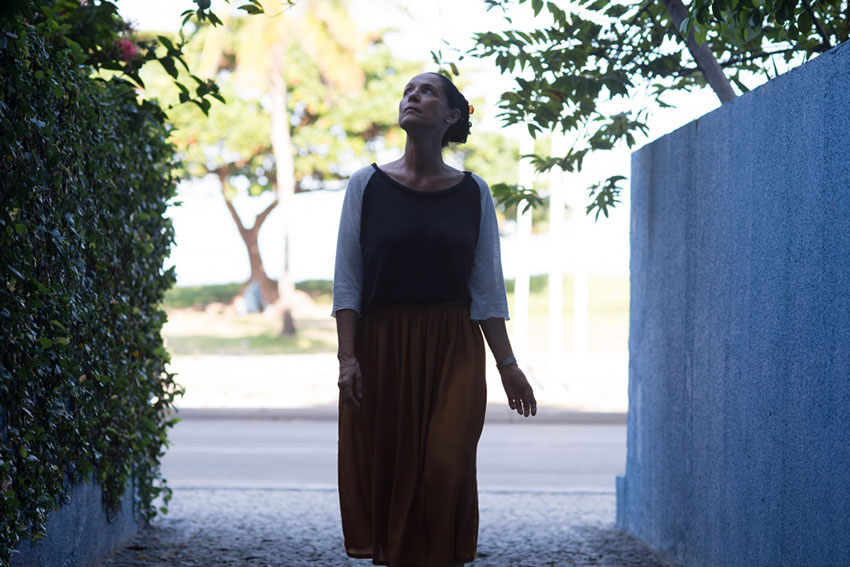 Clara (Sônia Braga, Kiss of the Spider Woman), a 65-year-old widow and retired music critic, is the last resident of the Aquarius, one of the few buildings of its age and character that remains in a rapidly changing seaside Recife neighborhood. Now that the other apartments have been swept up by a company with ambitious plans for redevelopment, pressures to move on surround Clara from all sides. But she has pledged to leave only upon death, and will engage in a cold war with the developers to keep a home that has been a silent witness to her entire life. The resulting confrontation is mysterious, frightening and nerve-wracking, tingeing even Clara's most familiar routines with the tension of a thriller. But it is her passion for those close to her, for music, for her memories of past loves, and hunger for future ones, that makes the film a tremendous kaleidoscope of life's pleasures and our reasons for defending them, from Brazil's great chronicler of its present moment, Kleber Mendonça Filho.