"Vida," the half-hour family drama series set in East Los Angeles returns to STARZ for a second season but the show will have its premiere on the STARZ app May 23 and then on the channel May 26.

No other show captures the reality of being Latino from Southern California like STARZ's "Vida" and how it deals with gentrification. It's raw and real. Can't wait to see where creator Tanya Saracho. 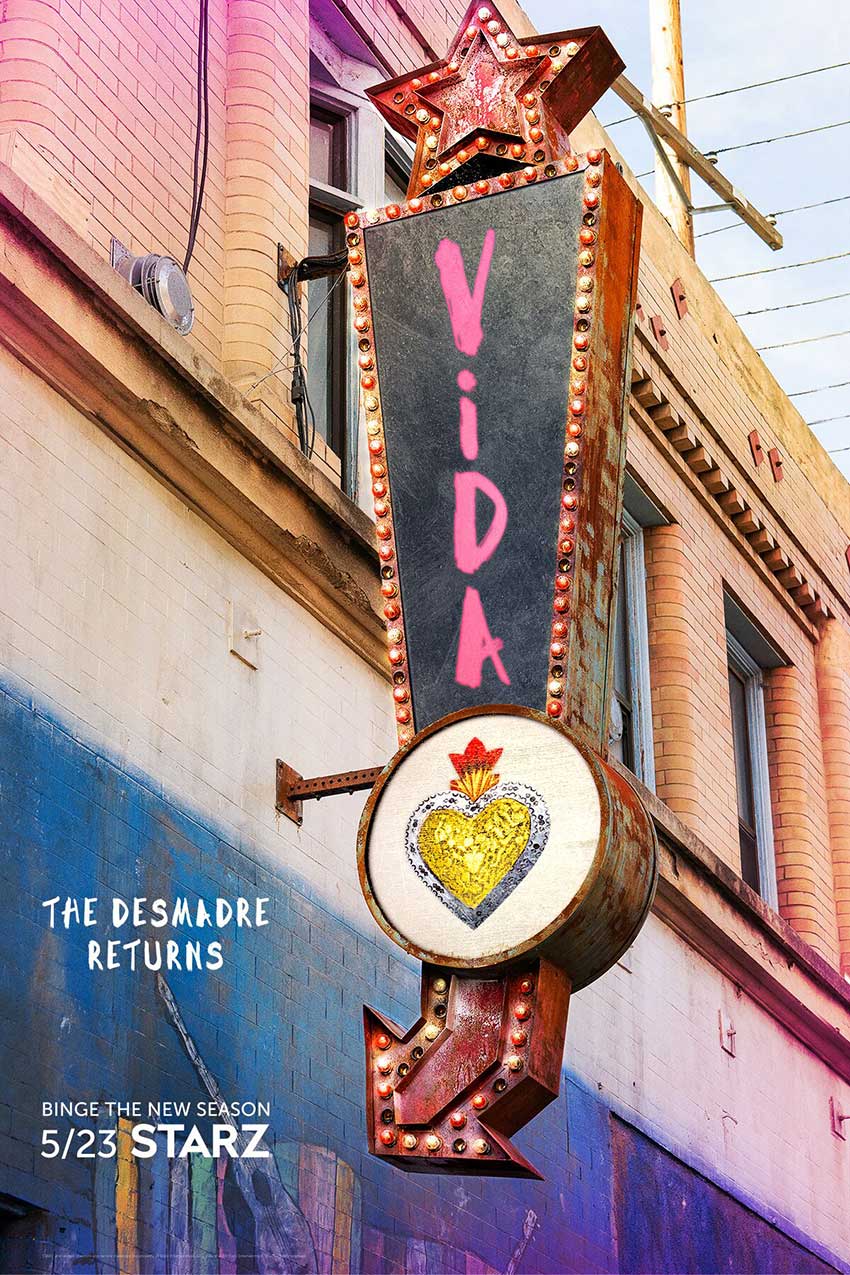 Estranged sisters Emma (Mishel Prada), a successful lawyer in Chicago, always pragmatic and career focused, and Lyn (Melissa Barrera), a flaky Yoga loving Vegan relying on her looks and other people’s money to get by, return home to their historically Mexican neighborhood in the  Eastside of Los Angeles when their mother suddenly dies.

Discovering a surprising truth about their mother’s identity, Lyn and Emma, who have clashing coping skills, confront their loss, relationship, old neighborhood friends and the mismanagement of the family business, unspooling old childhood traumas and hard truths.
“Vida” is a never-before-seen contemporary portal into a multi-generational Latinx neighborhood exploring complex narratives and an intersecting range of issues including sexual, cultural and spiritual identity, class and race, all under the gaze of fast changes and growing conflicts with gentrification.

In Season 1, the girls learned the truth. In the second season, they face reality as Lyn and Emma begin the monumental task of rebuilding their mother's business while navigating financial constraints, competing developers, and the growing anti-gentrification movement.

Lyn and Emma must contemplate the relationships in their lives, including their own, and are forced to dig deep to unearth what their mother’s legacy means to them.  Ser Anzoategui, Chelsea Rendon, Carlos Miranda and Roberta Colindrez also star; Raúl Castillo guest stars.