The Hobbit: The Battle of the Five Armies New Movie Poster & Trailer 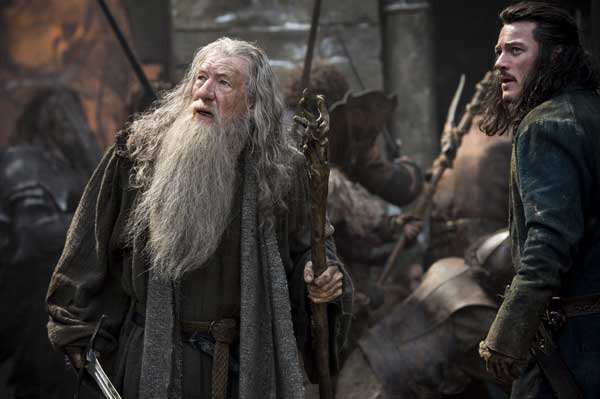 Is that Gandalf playing dead with Galadriel (Cate Blanchett) standing over him? THE HOBBIT: THE BATTLE OF THE FIVE ARMIES new teaser trailer is out and it's sort of depressing. 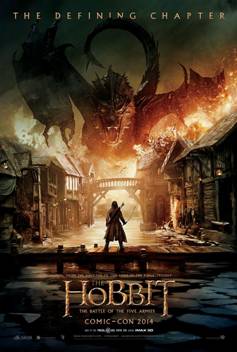 Peter Jackson and THE HOBBIT: THE BATTLE OF THE FIVE ARMIES stars Andy Serkis, Lee Pace, Evangeline Lilly, Benedict Cumberbatch, Orlando Bloom, Cate Blanchett and Elijah Wood made an appearance at this year's Comic Con to promote the December 17 release. If you weren't the lucky few to watch the trailer, get a first look at the new preview which shows the aftermath of Smaug attacking the village. Is Gandalf a victim of that attack? We hope not and Galadriel is simply singing him a lullaby.