THE NUT JOB Sequel In The Works 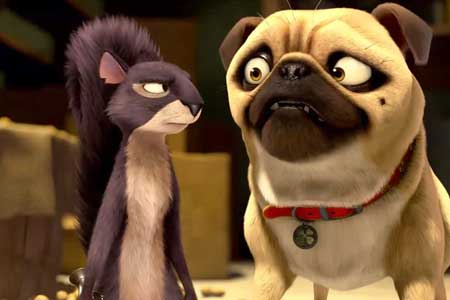 THE NUT JOB turned out not to be so nuts with the company behind the biggest independent animated film opening of all time announcing a second movie is on the way in 2016.

THE NUT JOB starring the voices of Brendan Fraser, Liam Neeson, Will Arnett, Katherine Heigl, Maya Rudolph, Jeff Dunham and Gabriel Iglesias opened the weekend of January 17 to outstanding numbers for an independent animated film. The $25.7 million opening was enough to convince Open Road Films, Redrover Co., Ltd., ToonBox Entertainment Ltd., and Gulfstream Pictures to order up a sequel about the fearless squirrel and his friends. As with most Hollywood trends, the distributor Open Roads has also set a release date of January 15, 2016, hoping to go for some repeat business in the same time frame.

THE NUT JOB is now playing in movie theaters.