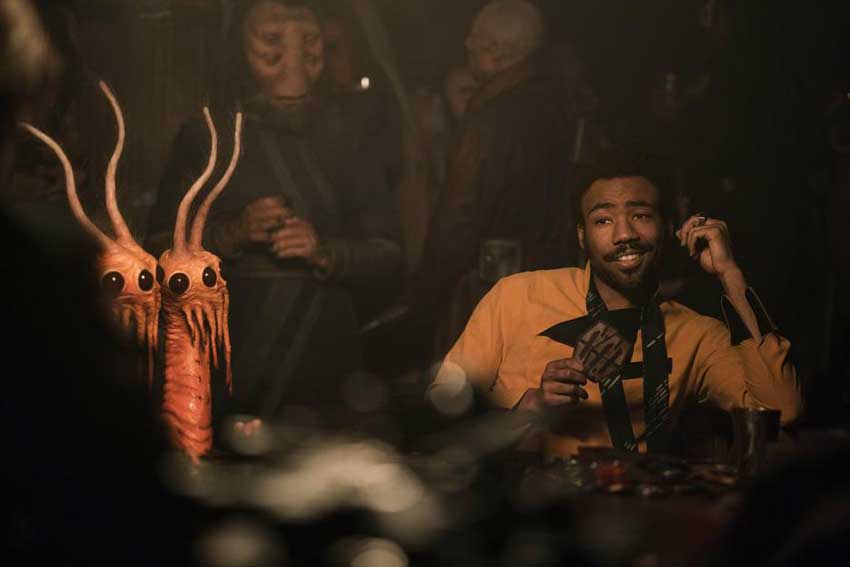 Disney and LucasFilm have released two new clips for SOLO: A STAR WARS STORY. In one clip, Han meets Lando (Donald Glover) at a casino and the other preview, we see why Chewbacca (Joonas Suotamo) is a sore loser. Watch both clips.

In the first clip, Woody Harrelson's Tobias character teaches Chewbacca how to play chess and he's not fond of losing from the get-go. As Han says in STAR WARS: A NEW HOPE, "never upset a Wookie" when R2-D2 beats Chewbacca at chess. The prequel is definitely a homage to the original and we're loving it.

The second clip introduces Lando Calrissian in a gambling setting of course. Donald Glover's Lando will definitely be the scene stealer judging from the few clips released.