Voila! The Blue Genie is Revealed for Disney's Live-Action Aladdin 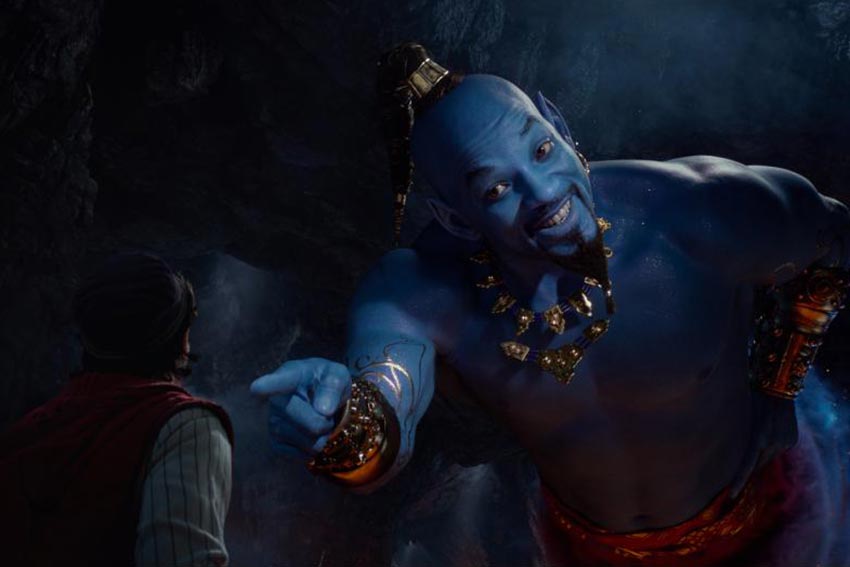 Will Smith has some big genie shoes to fill, and it's a mixed bag so far with Disney's latest first look at Smith as the Blue Genie. No doubt it's jarring seeing Smith big and blue, but that's expected given the look live-action aspect of it. Twitter users mocked Smith's Genie, and some aren't judging until they see the performance. At thi point,  Disney may be wishing for their own genie lamp.

Disney released the first look during the Grammy broadcast last night, and it's probably not the reaction they wanted online especially after the catastrophe of releasing the live-action genie without the special effects applied. Smith assured his fans it would be blue but most were disappointed in what they were seeing. No matter who is in the role, a live-action genie would be the hardest to adapt. It would have been easier with an unknown actor taking the role to lower the expectations, but a big name was needed since most of the cast is unknown. Now that's a dilemma.

A thrilling and vibrant live-action adaptation of Disney’s animated classic, “Aladdin” is the exciting tale of the charming street rat Aladdin, the courageous and self-determined Princess Jasmine and the Genie who may be the key to their future. Directed by Guy Ritchie, who brings his singular flair for fast-paced, visceral action to the fictitious port city of Agrabah, “Aladdin” is written by John August and Ritchie based on Disney’s “Aladdin.” The film stars Will Smith as the Genie; Mena Massoud as Aladdin; Naomi Scott as Jasmine; Marwan Kenzari as Jafar; Navid Negahban as the Sultan; Nasim Pedrad as Dalia; Billy Magnussen as Prince Anders; and Numan Acar as Hakim.