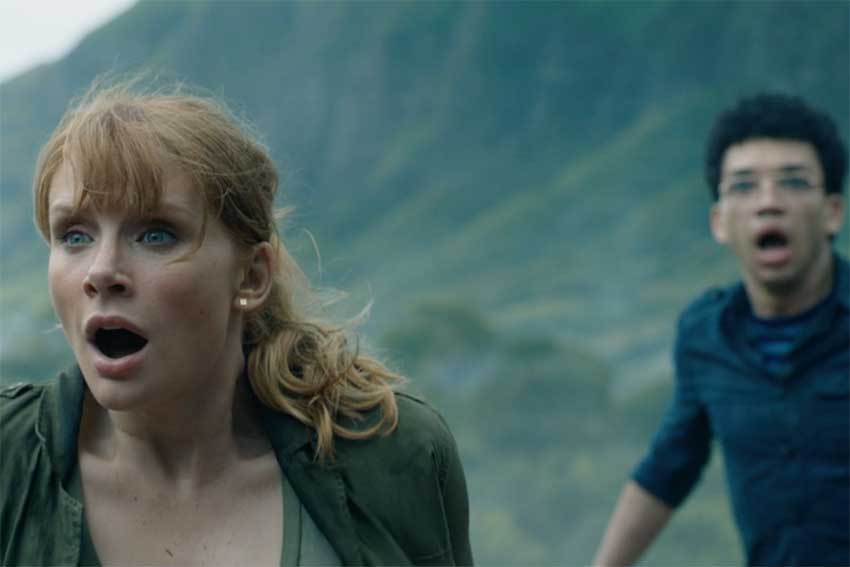 Update: Universal Pictures released another teaser before the big reveal on Thursday, and it's got Chris Pratt next to a T-Rex. Will he be wrangling that dino too?

The first trailer to the JURASSIC WORLD sequel is arriving Thursday, and Sunday we got a sneak peek with a teaser trailer that shows the human and pre-historic stars running from what looks like a volcano.

With all of the wonder, adventure and thrills synonymous with one of the most popular and successful franchises in cinema history, this all-new motion-picture event sees the return of favorite characters and dinosaurs—along with new breeds more awe-inspiring and terrifying than ever before. Welcome to JURASSIC WORLD: FALLEN KINGDOM.

Directed by J.A. Bayona (The Impossible), the epic action-adventure is written by Jurassic World’s director, Trevorrow, and its co-writer, Derek Connolly. Producers Frank Marshall and Pat Crowley once again partner with Spielberg and Trevorrow in leading the team of filmmakers for this stunning installment.