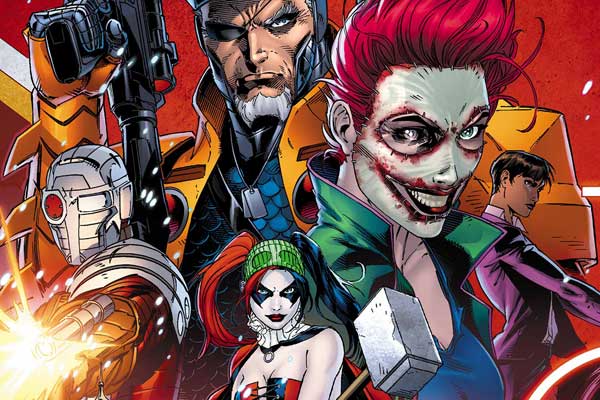 In some surprising and not so surprising casting news, as rumored Jared Leto has been confirmed to play The Joker along with other big names joining the super villain league such as Will Smith (Hancock) and Tom Hardy (The Dark Knight Rises) already have some cred in the villaneous/anti-hero department. Newbies Margot Robbie (The Wolf of Wall Street), Jai Courtney and model turned actress and tabloid favorite Cara Delevigne join the fray.

Warner Bros. made the announcement Tuesday afternoon starting another internet frenzy soon after Star Wars: The Force Awakens dominated the online chatter. Given David Ayer’s passion for casting Latinos in every one of his movies, there are no Spanish surnames in this cast list yet. We’re sure he’ll sneak one in there.

Below are the characters each actor will play including the Warner Bros’ official press release.

In making the announcement, Silverman said, “The Warner Bros. roots are deep on this one. David Ayer returns to the studio where he wrote ‘Training Day’ and brings his incredible ability to craft multidimensional villains to this iconic DC property with a cast of longtime Warner collaborators Will Smith and Tom Hardy, and other new and returning favorites: Margot, Jared, Jai and Cara. We look forward to seeing this terrific ensemble, under Ayer’s amazing guidance, give new meaning to what it means to be a villain and what it means to be a hero.”