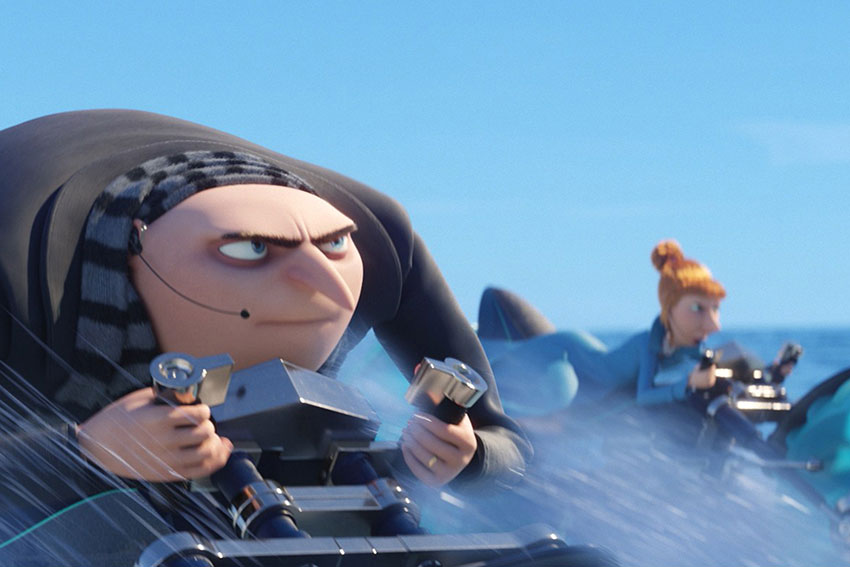 The adventures of Gru, Lucy, their adorable daughters—Margo, Edith and Agnes—and the Minions continue in DESPICABLE ME 3, and to celebrate its release on June 30, we're giving away the Baddest, Coolest Father's Day Prize Pack.

Joining Steve Carell and Kristen Wiig in DESPICABLE ME 3 is Emmy, Tony and Grammy Award winner Trey Parker, co-creator of Comedy Central’s global phenomenon South Park and the Broadway smash The Book of Mormon. Parker voices the role of villain Balthazar Bratt, a former child star who’s grown up to become obsessed with the character he played in the ‘80s, and proves to be Gru’s most formidable nemesis to date. 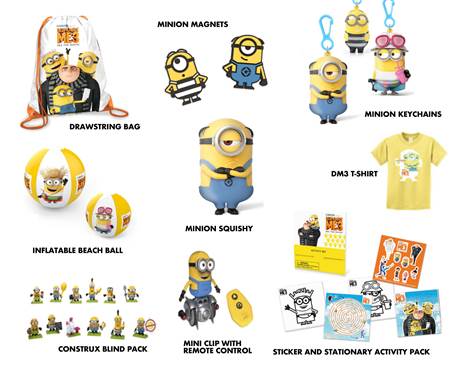 To enter DESPICABLE ME 3Movie Prize Pack Giveaway, click on the form below.

PROMOTION DESCRIPTION: DESPICABLE ME 3 Movie Prize Pack Giveaway (“Sweepstakes”) begins on or about June 13, 2017 at 6:00 p.m. Eastern Time ("ET") and ends on June 20, 2017 at 11:59 p.m. ET (the “Sweepstakes Period”).  At the end of the Sweepstakes Period, a random drawing will be conducted to select winners from among all eligible entries received, as more fully set forth in the OFFICIAL RULES.  Entry in the Sweepstakes does not constitute entry into any other promotion, contest or sweepstakes.  By participating in the Sweepstakes, each entrant unconditionally accepts and agrees to comply with and abide by these Official Rules and the decisions of CineMovie TV, 2700 Arlington Ave. Ste. 101 Torrance, CA  90501 (“Sponsor”), which shall be final and binding in all respects.