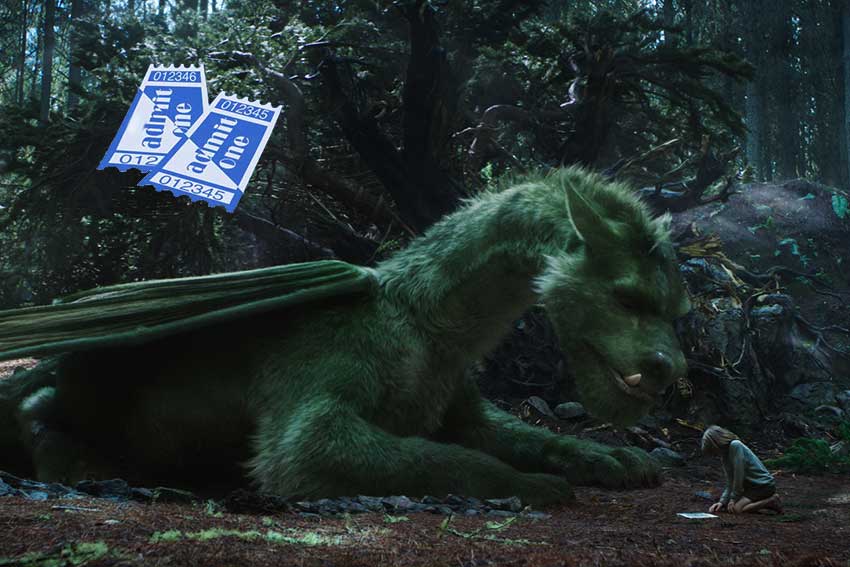 Watch the reimagining of Disney’s cherished family film, PETE’S DRAGON, the adventure of an orphaned boy named Pete and his best friend Elliot, who just so happens to be a dragon at advance screenings in 10 cities nationwide. Read on to find out how to enter.

For years, old wood carver Mr. Meacham (Robert Redford) has delighted local children with his tales of the fierce dragon that resides deep in the woods of the Pacific Northwest. To his daughter, Grace (Bryce Dallas Howard), who works as a forest ranger, these stories are little more than tall tales...until she meets Pete (Oakes Fegley). Pete is a mysterious 10-year-old with no family and no home who claims to live in the woods with a giant, green dragon named Elliot. And from Pete’s descriptions, Elliot seems remarkably similar to the dragon from Mr. Meacham’s stories.

To enter the PETE'S DRAGON Ticket Giveaway, click on the form below.

PROMOTION DESCRIPTION:  PETE'S DRAGON Ticket Giveaway (“Sweepstakes”) begins on or about August 1, 2016 at 6:00 p.m. Eastern Time ("ET") and ends on August 8, 2016 at 11:59 p.m. ET (the “Sweepstakes Period”).  At the end of the Sweepstakes Period, a random drawing will be conducted to select winners from among all eligible entries received, as more fully set forth in the OFFICIAL RULES.  Entry in the Sweepstakes does not constitute entry into any other promotion, contest or sweepstakes.  By participating in the Sweepstakes, each entrant unconditionally accepts and agrees to comply with and abide by these Official Rules and the decisions of CineMovie TV, 2700 Arlington Ave. Ste. 101 Torrance, CA  90501 (“Sponsor”), which shall be final and binding in all respects.