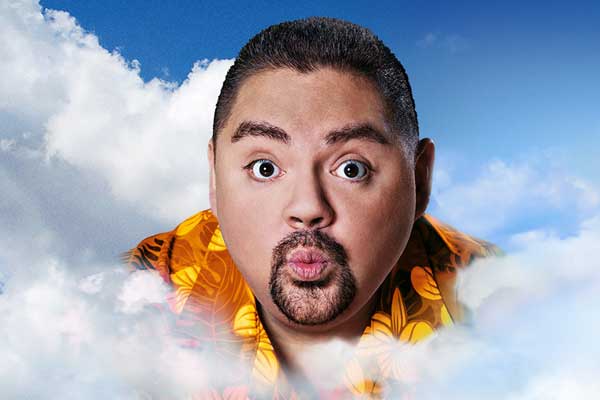 It’s Fluffy’s birthday and Gabriel Iglesias wants to spend it with his fans at a special fan screening of his new film, THE FLUFFY MOVIE. You’re invited to to celebrate Gabriel “Fluffy” Iglesias’ Birthday at this exclusive event hosted by Gabriel himself in Long Beach, CA on Tuesday, July 15. Read on to find out how you can enter to win tickets. 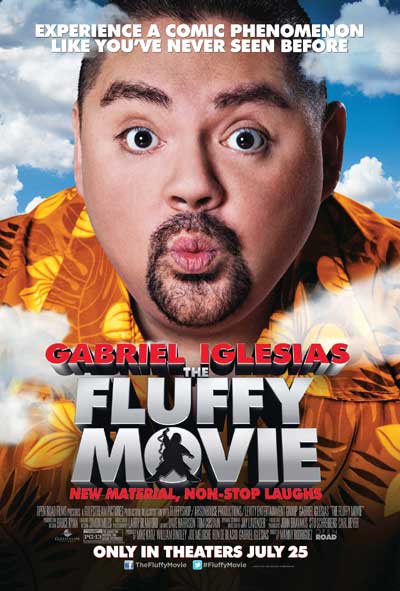 Gabriel is proud to announce July 25th 2014 he will premiere THE FLUFFY MOVIE, his 1st Stand-Up Comedy theatrical release through Open Road Films and Gabriel will be the 1st LATINO to have a theatrical comedy release  nationally! A story of his life in a documentary filmed as a stage comedy act, even discussing his remarkable 100lbs weight loss and much more!

Gabriel Iglesias is breaking boundaries, he is one of the most sought out Latin voices in Hollywood re: animation films. His credits include: "The Nut Job," "Planes," "Family Guy," "El Matador," and many more. In 2014 he'll be in Guillermo Del Torro's "The Book of Life" and "El Americano". Mr. Iglesias is a stand-up comedian, producer and voice actor. He is known for his shows I'm Not Fat… I’m Fluffy and Hot & Fluffy. He employs storytelling, effected voices and sound effects in his act, whose other trademarks include references to his weight and his use of Hawaiian shirts.

To enter the THE FLUFFY MOVIE Movie Ticket Giveaway, click on the Entry Form below.

PROMOTION DESCRIPTION: THE FLUFFY MOVIE Giveaway (“Sweepstakes”) begins on or about July 8, 2014 2013 at 6:00 p.m. Eastern Time ("ET") and ends on July 14, 2014 at 11:59 p.m. ET (the “Sweepstakes Period”).  At the end of the Sweepstakes Period, a random drawing will be conducted to select winners from among all eligible entries received, as more fully set forth in the OFFICIAL RULES.  Entry in the Sweepstakes does not constitute entry into any other promotion, contest or sweepstakes.  By participating in the Sweepstakes, each entrant unconditionally accepts and agrees to comply with and abide by these Official Rules and the decisions of CineMovie TV, 2700 Arlington Ave. Ste. 101 Torrance, CA  90501 (“Sponsor”), which shall be final and binding in all respects.