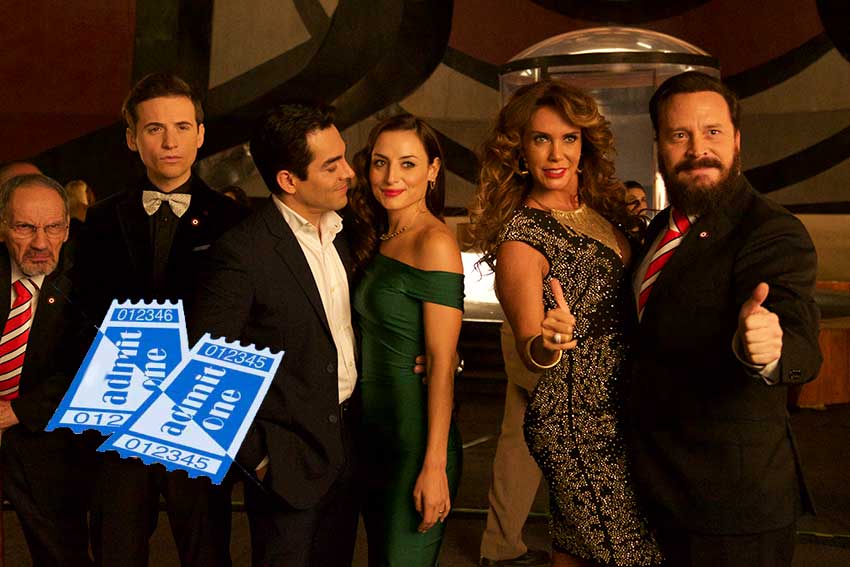 CineMovie has advance tickets to see the bilingual comedy LA BODA DE VALENTINA in 10 cities nationwide. Get your Gofobo code for your city.

Valentina (Marimar Vega) seems to have the perfect life in New York, with a perfect job and a perfect boyfriend, Jason Tate (Ryan Carnes)—far, far away from her scandalous political family in Mexico. When Jason proposes to her and wants to go to home to meet the family she has been keeping a secret, her two worlds clash. Adding to the hilarious chaos, her family brings her ex, Angel, (Omar Chaparro) into the picture and convinces Valentina to go along with a sham marriage to him in an effort to stop further negative press as her father runs for re-election. In the end, Valentina must choose where her heart belongs.

To enter LA BODA DE VALENTINA Ticket Giveaway, click on the form below.

PROMOTION DESCRIPTION: LA BODA DE VALENTINA Ticket Giveaway (“Sweepstakes”) begins on or about January 24, 2018 at 6:00 p.m. Eastern Time ("ET") and ends on February 6, 2018 at 11:59 p.m. ET (the “Sweepstakes Period”) or as long as tickets last.  At the end of the Sweepstakes Period, a random drawing will be conducted to select winners from among all eligible entries received, as more fully set forth in the OFFICIAL RULES.  Entry in the Sweepstakes does not constitute entry into any other promotion, contest or sweepstakes.  By participating in the Sweepstakes, each entrant unconditionally accepts and agrees to comply with and abide by these Official Rules and the decisions of CineMovie TV, 2700 Arlington Ave. Ste. 101 Torrance, CA  90501 (“Sponsor”), which shall be final and binding in all respects.