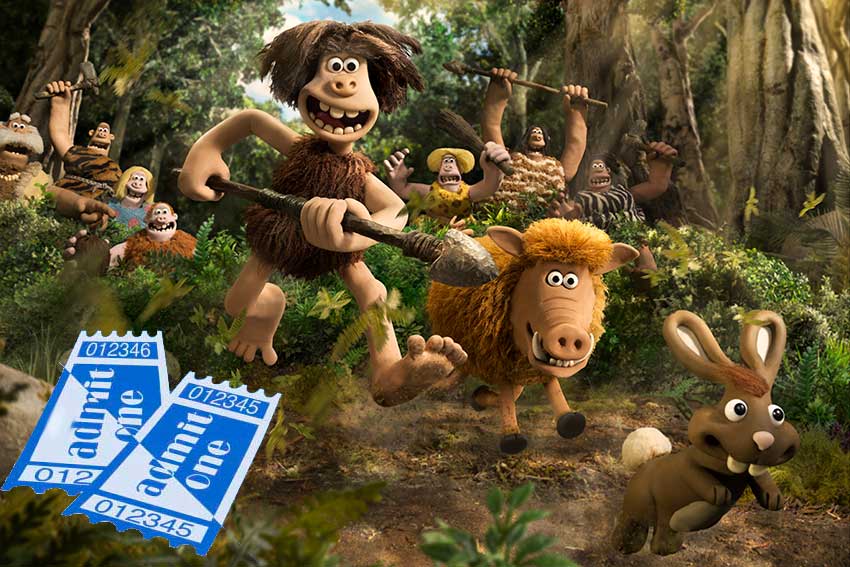 CineMovie has an advance screening of the stop-animation movie, EARLY MAN. Get your tickets to watch EARLY MAN in Los Angeles on Saturday, February 10 at 10:30am.

Set at the dawn of time, when dinosaurs and wooly mammoths roamed the earth, EARLY MAN tells the story of how one plucky caveman unites his tribe against a mighty enemy and saves the day!

To enter EARLY MAN Ticket Giveaway, click on the form below.

PROMOTION DESCRIPTION: EARLY MAN Ticket Giveaway (“Sweepstakes”) begins on or about February 2, 2018 at 6:00 p.m. Eastern Time ("ET") and ends on February 9, 2018 at 11:59 p.m. ET (the “Sweepstakes Period”) or as long as tickets last.  At the end of the Sweepstakes Period, a random drawing will be conducted to select winners from among all eligible entries received, as more fully set forth in the OFFICIAL RULES.  Entry in the Sweepstakes does not constitute entry into any other promotion, contest or sweepstakes.  By participating in the Sweepstakes, each entrant unconditionally accepts and agrees to comply with and abide by these Official Rules and the decisions of CineMovie TV, 2700 Arlington Ave. Ste. 101 Torrance, CA  90501 (“Sponsor”), which shall be final and binding in all respects.