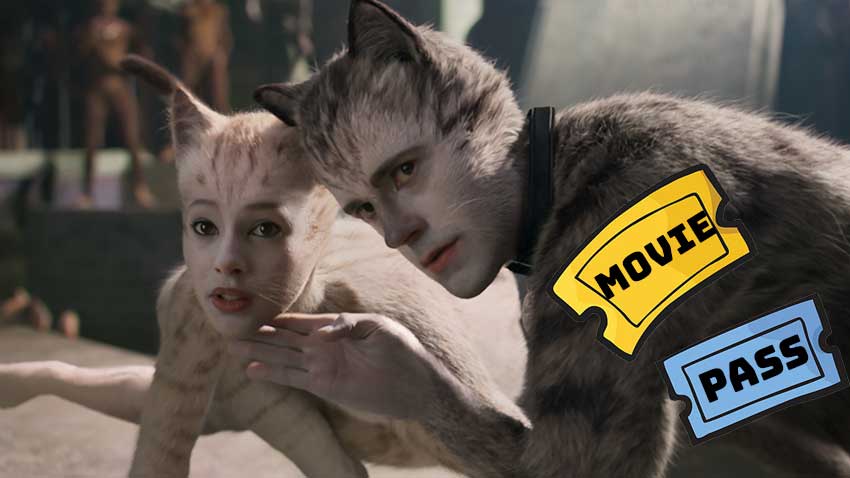 Watch the star-studded CATS movie Wednesday, December 18 in Los Angeles, Miami, NYC, Chicago and Houston at an advance movie screening. Read on to find out how to download the movie passes good for two.

Featuring Lloyd Webber’s iconic music and a world-class cast of dancers under the guidance of Tony-winning choreographer Andy Blankenbuehler (Hamilton, In the Heights), the film reimagines the musical for a new generation with spectacular production design, state-of-the-art technology, and dance styles ranging from classical ballet to contemporary, hip-hop to jazz, street dance to tap.

PROMOTION DESCRIPTION: CATS Ticket Giveaway (“Sweepstakes”) begins on or about December 10, 2019 at 6:0 p.m. Eastern Time ("ET") and ends on December 17, 2019 (or while supplies last) at 11:59 p.m. ET (the “Sweepstakes Period”) or as long as tickets last. At the end of the Sweepstakes Period, a random drawing will be conducted to select winners from among all eligible entries received, as more fully set forth in the OFFICIAL RULES. Entry in the Sweepstakes does not constitute entry into any other promotion, contest or sweepstakes. By participating in the Sweepstakes, each entrant unconditionally accepts and agrees to comply with and abide by these Official Rules and the decisions of CineMovie TV, 2700 Arlington Ave. Ste. 101 Torrance, CA 90501 (“Sponsor”), which shall be final and binding in all respects.