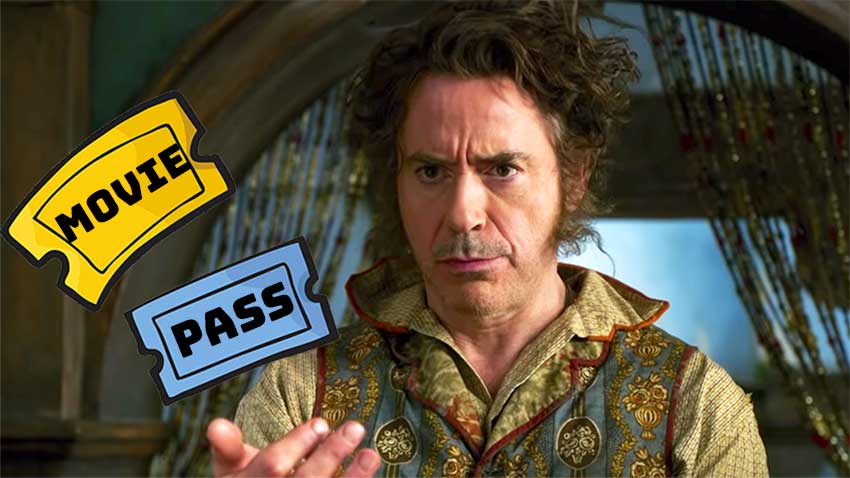 Robert Downey Jr. electrifies one of literature’s most enduring characters in a vivid reimagining of the classic tale of the man who could talk to animals: Dolittle.

The eccentric Dr. John Dolittle (Downey), famed doctor and veterinarian of Queen Victoria’s England, hermits himself away behind the high walls of Dolittle Manor with only his menagerie of exotic animals for company. But when the young queen (Jessie Buckley, Wild Rose) falls ill, a reluctant Dolittle is forced to set sail on an epic adventure to a mythical island in search of a cure.

PROMOTION DESCRIPTION: DOLITTLE Ticket Giveaway (“Sweepstakes”) begins on or about January 7, 2020 at 6:0 p.m. Eastern Time ("ET") and ends on January 13, 2020 (or while supplies last) at 11:59 p.m. ET (the “Sweepstakes Period”) or as long as tickets last. At the end of the Sweepstkes Period, a random drawing will be conducted to select winners from among all eligible entries received, as more fully set forth in the OFFICIAL RULES. Entry in the Sweepstakes does not constitute entry into any other promotion, contest or sweepstakes. By participating in the Sweepstakes, each entrant unconditionally accepts and agrees to comply with and abide by these Official Rules and the decisions of CineMovie TV, 2700 Arlington Ave. Ste. 101 Torrance, CA 90501 (“Sponsor”), which shall be final and binding in all respects.