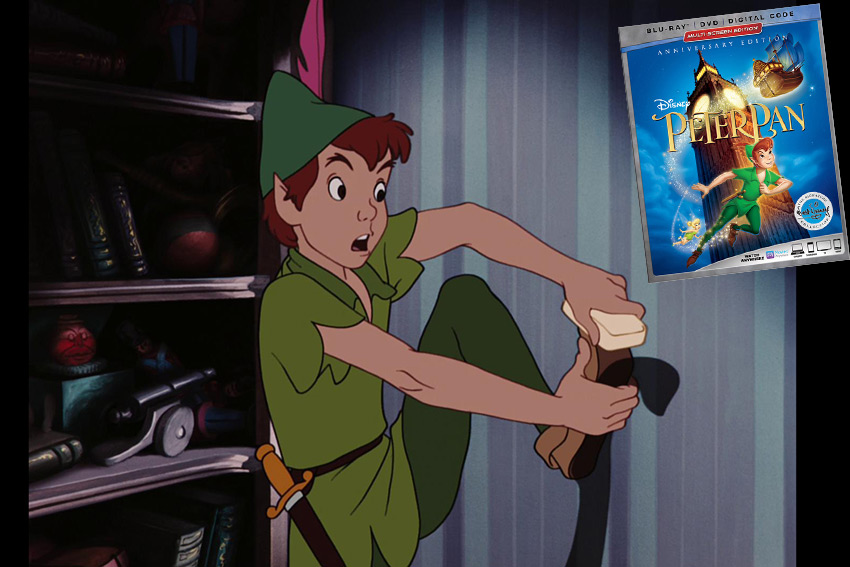 In celebration of its 65th anniversary of PETER PAN, CineMovie is giving away a digital copy of Disney’s beloved flight of fantasy which comes to Walt Disney's Signature Collection. The Disney title is already availalable on Digital and Movies Anywhere and it lands on Blu-ray June 5. Enter for your chance to win.

The Walt Disney Signature Collection edition of PETER PAN invites adventures of all ages to believe in magic once again and experience a timeless treasure from Disney’s golden age of animation that has stirred the hearts and imaginations of moviegoers worldwide since its original 1953 release. The Signature Collection edition offers over two hours of classic bonus features plus never-before-seen extras, including the latest installment of “Stories from Walt’s Office,” which explores Walt’s love of flying and the company planes; a nostalgic reunion between Kathryn Beaumont (the voice of Wendy) and Paul Collins (the voice of John); and new “Oke” renditions of the classic song “You Can Fly” and deleted song “Never Smile at a Crocodile” accompanied by on-screen lyrics and the film’s unforgettable animated characters.

To enter the PETER PAN Giveaway, click on the form below.

PROMOTION DESCRIPTION:  PETER PAN Giveaway (“Sweepstakes”) begins on or about May 30, 2018 at 6:00 p.m. Eastern Time ("ET") and ends on June 8, 2018 at 11:59 p.m. ET (the “Sweepstakes Period”).  At the end of the Sweepstakes Period, a random drawing will be conducted to select winners from among all eligible entries received, as more fully set forth in the OFFICIAL RULES.  Entry in the Sweepstakes does not constitute entry into any other promotion, contest or sweepstakes.  By participating in the Sweepstakes, each entrant unconditionally accepts and agrees to comply with and abide by these Official Rules and the decisions of CineMovie TV, 2700 Arlington Ave. Ste. 101 Torrance, CA  90501 (“Sponsor”), which shall be final and binding in all respects.