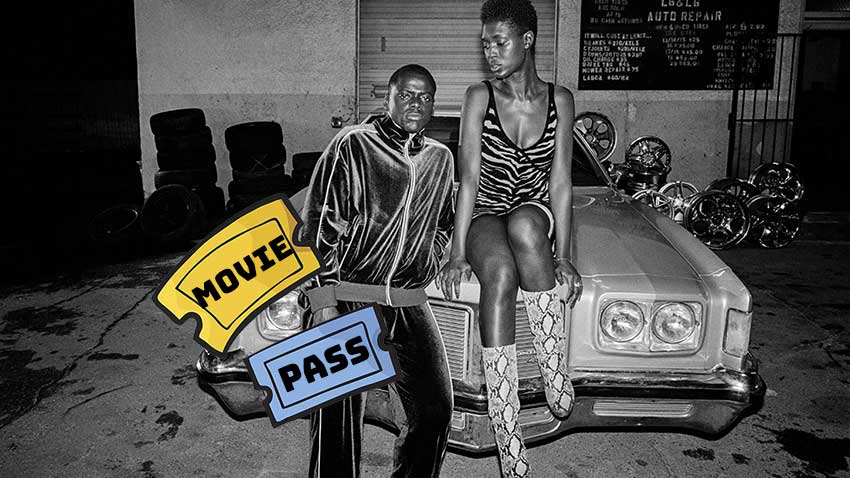 CineMovie has an advance screening of QUEEN & SLIM written by Lena Waithe in Los Angeles, NYC, Chicago, Houston and Miami. Download your tickets now. Read on to find out how to enter.

From two-time Grammy award winning director Melina Matsoukas, the visionary filmmaker behind this generation’s most powerful pop-culture experiences, including HBO’s Insecure, the Emmy award-winning “Thanksgiving” episode of Netflix’s Master of None, and Beyonce’s “Formation,” and from trailblazing, Emmy-winning writer Lena Waithe (Netflix’s "Master of None"), comes the unflinching new drama, QUEEN & SLIM.

While on a forgettable first date together in Ohio, a black man (GET OUT’S Daniel Kaluuya) and a black woman (Jodie Turner-Smith, in her first starring feature-film role), are pulled over for a minor traffic infraction. The situation escalates, with sudden and tragic results, when the man kills the police officer in self-defense. Terrified and in fear for their lives, the man, a retail employee, and the woman, a criminal defense lawyer, are forced to go on the run. But the incident is captured on video and goes viral, and the couple unwittingly become a symbol of trauma, terror, grief and pain for people across the country.

PROMOTION DESCRIPTION: BOMBSHELL Ticket Giveaway (“Sweepstakes”) begins on or about December 3, 2019 at 6:0 p.m. Eastern Time ("ET") and ends on December 10, 2019 (or while supplies last) at 11:59 p.m. ET (the “Sweepstakes Period”) or as long as tickets last. At the end of the Sweepstakes Period, a random drawing will be conducted to select winners from among all eligible entries received, as more fully set forth in the OFFICIAL RULES. Entry in the Sweepstakes does not constitute entry into any other promotion, contest or sweepstakes. By participating in the Sweepstakes, each entrant unconditionally accepts and agrees to comply with and abide by these Official Rules and the decisions of CineMovie TV, 2700 Arlington Ave. Ste. 101 Torrance, CA 90501 (“Sponsor”), which shall be final and binding in all respects.