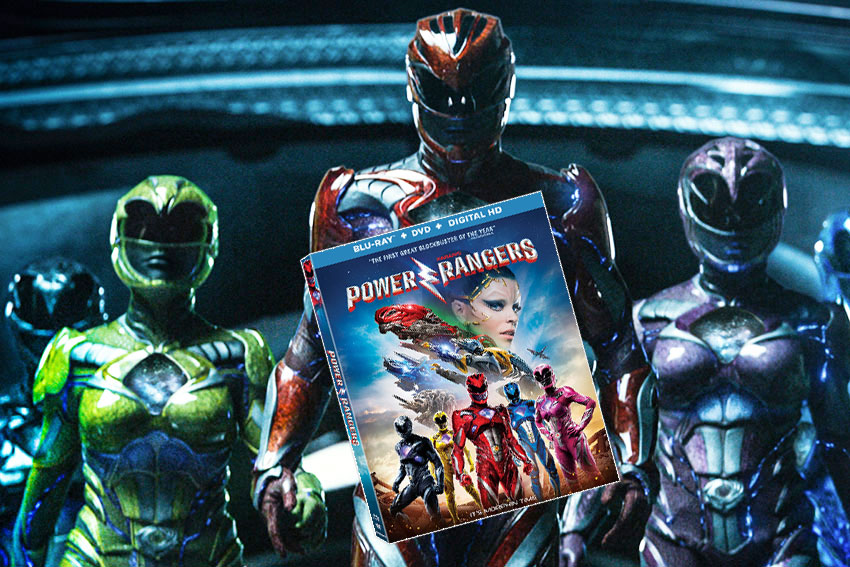 The epic adventure, SABAN'S POWER RANGERS follows five ordinary high school kids who must become something extraordinary when they learn that their small town of Angel Grove – and the world – is on the verge of being obliterated by an alien threat.  Chosen by destiny, the unlikely group of teenage heroes are the only ones who can save the planet but first, they have to band together in order to harness their super powers and become Power Rangers.

The SABAN'S POWER RANGERS 4K Ultra HD, Blu-ray and Digital HD releases feature never-before-heard audio commentary with director Dean Israelite and writer John Gatins, as well as a nine-part documentary featuring commentary from the actors and filmmakers including Power Rangers Creator, Haim Saban which looks behind the scenes of the film at the casting, training, special effects, and creation of SABAN'S POWER RANGERS, with deleted/alternate/extended scenes and outtakes.

To enter the SABAN'S POWER RANGERS DVD Giveaway, click on the form below.

PROMOTION DESCRIPTION:  SABAN'S POWER RANGERS DVD Giveaway (“Sweepstakes”) begins on or about June 20, 2017 at 6:00 p.m. Eastern Time ("ET") and ends on June 30, 2017 at 11:59 p.m. ET (the “Sweepstakes Period”).  At the end of the Sweepstakes Period, a random drawing will be conducted to select winners from among all eligible entries received, as more fully set forth in the OFFICIAL RULES.  Entry in the Sweepstakes does not constitute entry into any other promotion, contest or sweepstakes.  By participating in the Sweepstakes, each entrant unconditionally accepts and agrees to comply with and abide by these Official Rules and the decisions of CineMovie TV, 2700 Arlington Ave. Ste. 101 Torrance, CA  90501 (“Sponsor”), which shall be final and binding in all respects.