Giveaway: Watch The BFG at a Los Angeles Advance Screening 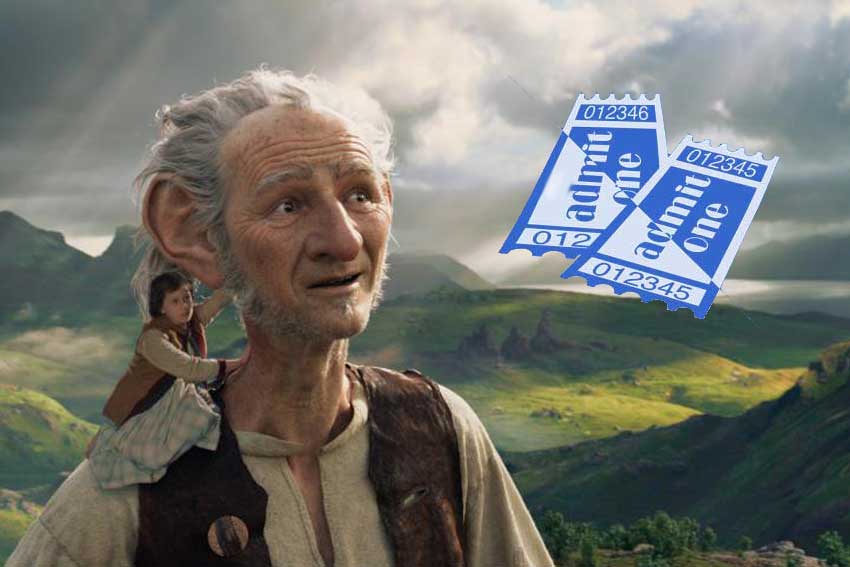 Watch Steven Spielberg's THE BFG in Los Angeles with a family four pack of tickets to an advance screening.

The talents of three of the world’s greatest storytellers – Roald Dahl, Walt Disney and Steven Spielberg – unite for the first time to bring Dahl’s beloved classic “The BFG” to life on screen. Directed by Spielberg, Disney’s “The BFG” tells the imaginative story of a young girl and the Giant who introduces her to the wonders and perils of Giant Country.

THE STORY In the middle of the night, when every child and every grown-up is in a deep, deep sleep, all the dark things come out from hiding and have the world to themselves. That’s what Sophie, a precocious 10-year-old, has been told, and that’s what she believes as she lies sleepless in her own bed at her London orphanage. While all the other girls in the dormitory dream their dreams, Sophie risks breaking one of Mrs. Clonkers’s many rules to climb out of her bed, slip on her glasses, lean out the window and see what the world looks like in the moonlit silence of the witching hour. Outside, in the ghostly, silvery light, her familiar street looks more like a fairy tale village than the one she knows, and out of the darkness comes something long and tall…very, very, tall. That something is a giant who takes Sophie and whisks her away to his home in a land far, far away. Fortunately for Sophie, he is the big friendly giant and nothing like the other inhabitants of Giant Country.

To enter the THE BFG LA Ticket Giveaway, click on the form below.

PROMOTION DESCRIPTION: THE BFG LA Ticket Giveaway (“Sweepstakes”) begins on or about June 20, 2016 at 6:00 p.m. Eastern Time ("ET") and ends on June 26, 2016 at 11:59 p.m. ET (the “Sweepstakes Period”).  At the end of the Sweepstakes Period, a random drawing will be conducted to select winners from among all eligible entries received, as more fully set forth in the OFFICIAL RULES.  Entry in the Sweepstakes does not constitute entry into any other promotion, contest or sweepstakes.  By participating in the Sweepstakes, each entrant unconditionally accepts and agrees to comply with and abide by these Official Rules and the decisions of CineMovie TV, 2700 Arlington Ave. Ste. 101 Torrance, CA  90501 (“Sponsor”), which shall be final and binding in all respects.