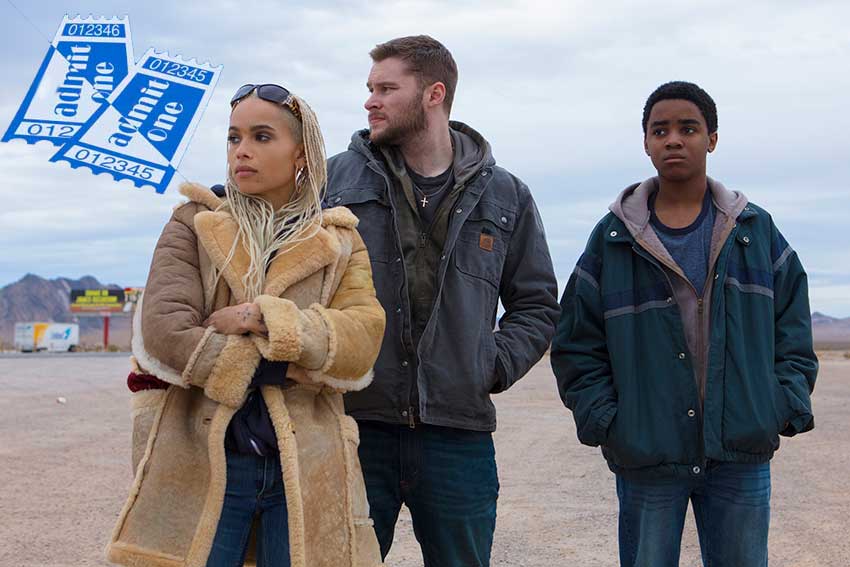 Zoe Kravitz, James Franco, and Jack Reynor (TRANSFORMERS: AGE OF EXTINCTION) star in KIN, and CineMovie has an advance movie screening of the sci-fi flick in Los Angeles. Get your tickets now while supplies last. Read on to find out how to get your movie passes.

KIN, a pulse-pounding crime thriller with a sci-fi twist, is the story of an unexpected hero destined for greatness. Chased by a vengeful criminal (James Franco) and a gang of otherworldly soldiers,​ a recently released ex-con (Jack Reynor) and his adopted teenage brother (Myles Truitt) are forced to go on the run with a weapon of mysterious origin as their only protection.

KIN is in movie theaters August 31.

To enter KIN Ticket Giveaway, click on the form below

PROMOTION DESCRIPTION: KIN Ticket Giveaway (“Sweepstakes”) begins on or about August 21, 2018 at 6:00 p.m. Eastern Time ("ET") and ends on August 27, 2018 at 11:59 p.m. ET (the “Sweepstakes Period”) or as long as tickets last.  At the end of the Sweepstakes Period, a random drawing will be conducted to select winners from among all eligible entries received, as more fully set forth in the OFFICIAL RULES.  Entry in the Sweepstakes does not constitute entry into any other promotion, contest or sweepstakes.  By participating in the Sweepstakes, each entrant unconditionally accepts and agrees to comply with and abide by these Official Rules and the decisions of CineMovie TV, 2700 Arlington Ave. Ste. 101 Torrance, CA  90501 (“Sponsor”), which shall be final and binding in all respects.