Giveaway: Win The Fate Of The Furious DVD 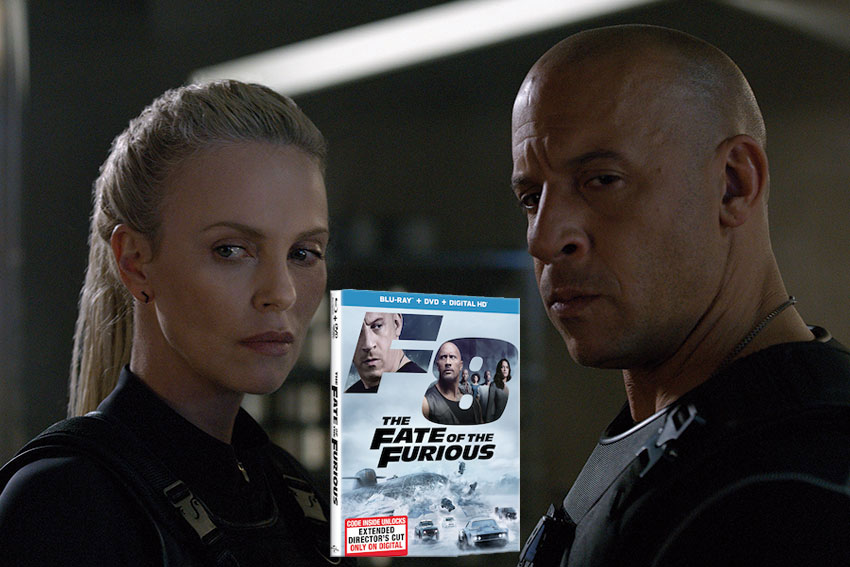 THE FATE OF THE FURIOUS is coming to 4K Ultra HD, Blu-ray™, DVD and On Demand on July 11, 2017, and CineMovie has five DVD copies to giveaway.

THE FATE OF THE FURIOUS, goes full-throttle on Digital HD on June 27, 2017, and on 4K Ultra HD, Blu-ray™, DVD and On Demand on July 11, 2017, from Universal Pictures Home Entertainment. The latest exhilarating installment of the nitro-fueled blockbuster action franchise features a gripping new storyline, the most outrageous collection of vehicles yet, and an all-star cast of fan favorites and series newcomers. From the shores of Cuba and the streets of New York City to the icy plains off the arctic Barents Sea, the close-knit crew criss-crosses the globe to stop an anarchist from unleashing world chaos — and to bring home the man who made them a family. With more than an hour of never-before-seen bonus features and an Extended Director’s Cut, THE FATE OF THE FURIOUS will be the crowning glory of every fan’s collection.

To enter the THE FATE OF THE FURIOUS DVD Giveaway, click on the form below.

PROMOTION DESCRIPTION:  THE FATE OF THE FURIOUS DVD Giveaway (“Sweepstakes”) begins on or about July 5, 2017 at 6:00 p.m. Eastern Time ("ET") and ends on July 16, 2017 at 11:59 p.m. ET (the “Sweepstakes Period”).  At the end of the Sweepstakes Period, a random drawing will be conducted to select winners from among all eligible entries received, as more fully set forth in the OFFICIAL RULES.  Entry in the Sweepstakes does not constitute entry into any other promotion, contest or sweepstakes.  By participating in the Sweepstakes, each entrant unconditionally accepts and agrees to comply with and abide by these Official Rules and the decisions of CineMovie TV, 2700 Arlington Ave. Ste. 101 Torrance, CA  90501 (“Sponsor”), which shall be final and binding in all respects.