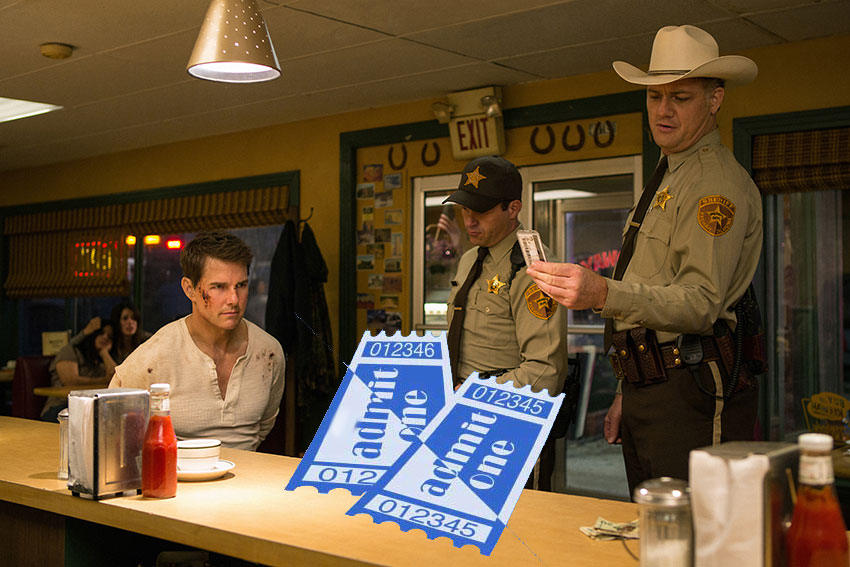 Watch Tom Cruise in JACK REACHER: NEVER GO BACK at an advance screening in Los Angeles. Read on to find out how to get your tickets (while supplies last.)

Jack Reacher (Tom Cruise) returns with his particular brand of justice in the highly anticipated sequel JACK REACHER: NEVER GO BACK. When Army Major Susan Turner (Cobie Smulders), who heads Reacher’s old investigative unit, is arrested for Treason, Reacher will stop at nothing to prove her innocence and to uncover the truth behind a major government conspiracy involving soldiers who are being killed. Based upon JACK REACHER: NEVER GO BACK, author Lee Child’s 18th novel in the best-selling Jack Reacher series, that has seen 100 million books sold worldwide. Watch Trailer

To enter the JACK REACHER: NEVER GO BACK Ticket Giveaway, click on the form below.

PROMOTION DESCRIPTION:  JACK REACHER: NEVER GO BACK Ticket Giveaway (“Sweepstakes”) begins on or about October 7, 2016 at 6:00 p.m. Eastern Time ("ET") and ends on October 18, 2016 (or as supplies last) at 11:59 p.m. ET (the “Sweepstakes Period”).  At the end of the Sweepstakes Period, a random drawing will be conducted to select winners from among all eligible entries received, as more fully set forth in the OFFICIAL RULES.  Entry in the Sweepstakes does not constitute entry into any other promotion, contest or sweepstakes.  By participating in the Sweepstakes, each entrant unconditionally accepts and agrees to comply with and abide by these Official Rules and the decisions of CineMovie TV, 2700 Arlington Ave. Ste. 101 Torrance, CA  90501 (“Sponsor”), which shall be final and binding in all respects.