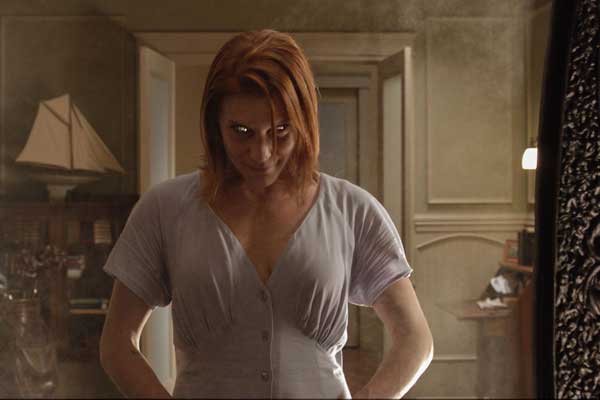 CineMovie has advance movie tickets to see the new horror/psychological thriller movie, OCULUS in 10 cities across the United States. Get your scare on with free movie tickets by entering the OCULUS Ticket Movie Giveaway.

Ten years ago, tragedy struck the Russell family, leaving the lives of teenage siblings Tim and Kaylie forever changed when Tim was convicted of the brutal murder of their parents. Now in his 20s, Tim is newly released from protective custody and only wants to move on with his life; but Kaylie, still haunted by that fateful night, is convinced her parents’ deaths were caused by something else altogether: a malevolent supernatural force—unleashed through the Lasser Glass, an antique mirror in their childhood home. Determined to prove Tim’s innocence, Kaylie tracks down the mirror, only to learn similar deaths have befallen previous owner. Watch Trailer

To enter the OCULUS Movie Ticket Giveaway, click on the Entry Form below.

PROMOTION DESCRIPTION: OCULUS Giveaway (“Sweepstakes”) begins on or about March 31, 2014 2013 at 6:00 p.m. Eastern Time ("ET") and ends on April 5, 2014 at 11:59 p.m. ET (the “Sweepstakes Period”).  At the end of the Sweepstakes Period, a random drawing will be conducted to select winners from among all eligible entries received, as more fully set forth in the OFFICIAL RULES.  Entry in the Sweepstakes does not constitute entry into any other promotion, contest or sweepstakes.  By participating in the Sweepstakes, each entrant unconditionally accepts and agrees to comply with and abide by these Official Rules and the decisions of CineMovie TV, 2700 Arlington Ave. Ste. 101 Torrance, CA  90501 (“Sponsor”), which shall be final and binding in all respects.