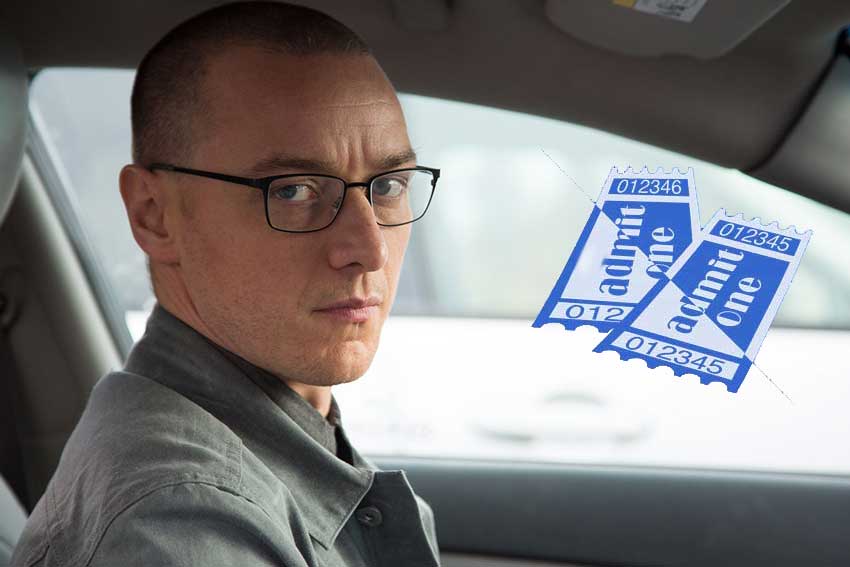 James McAvoy has split personatlies in SPLIT, and CineMovie has advance screenings of the thriller in Los Angeles, New York City, Chicago, Miami, Houston and Dallas. Get your tickets to see SPLIT.

Writer/director/producer M. Night Shyamalan returns to the captivating grip of THE SIXTH SENSE, UNBREAKABLE and SIGNS with SPLIT, an original thriller that delves into the mysterious recesses of one man’s fractured, gifted mind.

Though Kevin (James McAvoy) has evidenced 23 personalities to his trusted psychiatrist, Dr. Fletcher (Betty Buckley), there remains one still submerged who is set to materialize and dominate all the others.  Compelled to abduct three teenage girls led by the willful, observant Casey (Anya Taylor-Joy, The Witch), Kevin reaches a war for survival among all of those contained within him—as well as everyone around him—as the walls between his compartments shatter apart.

SPLIT is in theaters January 20th.

To enter the SPLIT Ticket Giveaway, click on the form below.

PROMOTION DESCRIPTION:  SPLIT Ticket Giveaway (“Sweepstakes”) begins on or about January 10, 2017 at 6:00 p.m. Eastern Time ("ET") and ends on January 17, 2017 at 11:59 p.m. ET (the “Sweepstakes Period”).  At the end of the Sweepstakes Period, a random drawing will be conducted to select winners from among all eligible entries received, as more fully set forth in the OFFICIAL RULES.  Entry in the Sweepstakes does not constitute entry into any other promotion, contest or sweepstakes.  By participating in the Sweepstakes, each entrant unconditionally accepts and agrees to comply with and abide by these Official Rules and the decisions of CineMovie TV, 2700 Arlington Ave. Ste. 101 Torrance, CA  90501 (“Sponsor”), which shall be final and binding in all respects.